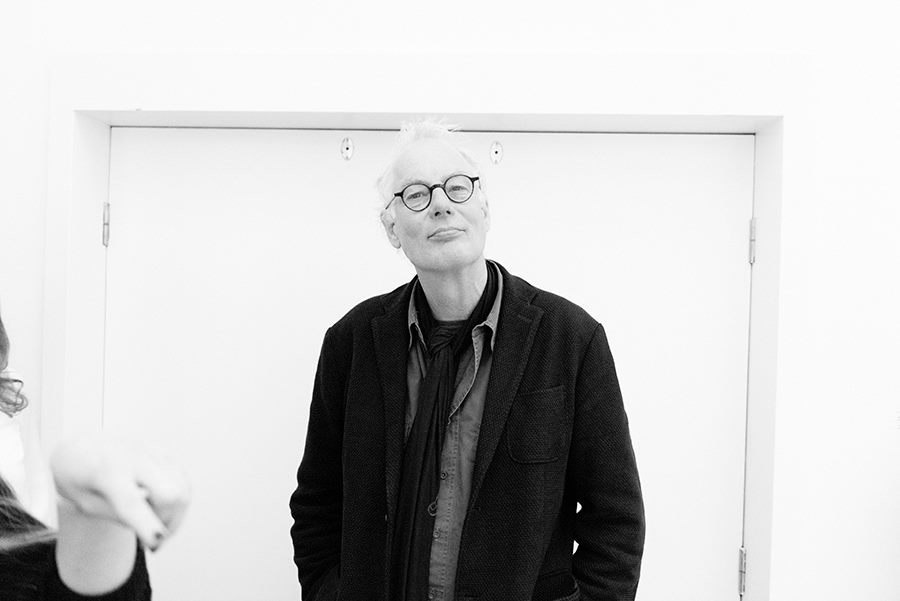 Bas Vroege (1958) studied economics at Erasmus University Rotterdam (1976-1979, BA) and photography at Art Academy St. Joost in Breda (1979-1981). From 1981-1993 he was director of Perspektief, Centre for photography in Rotterdam, and the Fotografie Biënnale Rotterdam (1988-1992). He also acted as the editor in chief of Perspektief Magazine from 1980-1995. Vroege is a member of the International Board of Advisors of the Three Shadows Photography Art Centre (Beijing, China) and he has been a member of the Supervisory Board of World Press Photo and ISEA (Inter Society for Electronic Arts). He also works as an an independent curator and was responsible for various exhibitions. As an advisor he has worked for several institutions in the Netherlands. He is currently lecturing curatorial studies at the Masters in Film & Photographic Studies at the University of Leiden. Vroege founded Paradox in 1993 and has been the organisation’s director since.

I remember visiting an Andy Warhol exhibition at the Van Abbe Museum as a school kid in the mid-seventies. The photo-based works with replicated images from The Death and Disaster Series knocked me off my feet. There seemed to be nothing wrong with my upbringing until then, yet, I was totally fascinated by the impact of the images of a car crash, the atomic bomb, the electric chair. 1970s Weltschmerz? Or was Eindhoven too boring a place, my home to peaceful to be real?

In your opinion, where does the power of photography lie, what is the most powerful thing about it? What are the values that you think are best represented by it?

Our brains are particularly capable of retaining still images. Even from movies, we tend to remember (series of) stills rather than a continuous flow. And although we know better, we keep confusing an image of reality with reality itself. As a consequence photography remains a very powerful tool in communicating social and moral values.

We are living in an image-saturated world. The average person is confronted with ca. 3000 images a day. How many do we actively remember at the end of the day? Very few. How many are stored in the brain that may pop up any time later? Hard to tell. Yet, we can be pretty sure that we are constantly filtering the images that we are confronted with and that only a fraction is let through. For anyone active in visual communication – whether working for a human rights organization or a commercial company – this implies taking people by surprise, being innovative in what and how you are addressing issues. In the case of Paradox as documentary photography producers, this means experimenting with platforms and narrativity in order to make people think about issues at stake.

Going from analog to digital was one thing. The technologically linked digitization of media was another, but the quantum leap was these media going online. The internet is, by far, the factor with the largest impact of the past century.

There is no real and certainly not a fixed boundary. What matters to me is to what level an author is able to address fundamental issues regarding the way we relate to one another, ourselves, and the world. There are many ways of doing this, making use of multiple strategies, tools, conventions.

There have always been certain trends and tendencies in photography (like favoring specific creative approaches, topics, themes, etc.). What is it beyond these that can make a project exciting and a new piece outstanding today?

Good question! At large, I would say, it is important that a piece is intriguing, ambiguous and taking the viewer by surprise. Personally, I tend to be caught by work that challenges ethical codes. Confronting the viewer with the question whether it is OK to address the issue the way the author is approaching his/her subject, implying you become part of the issues at stake.