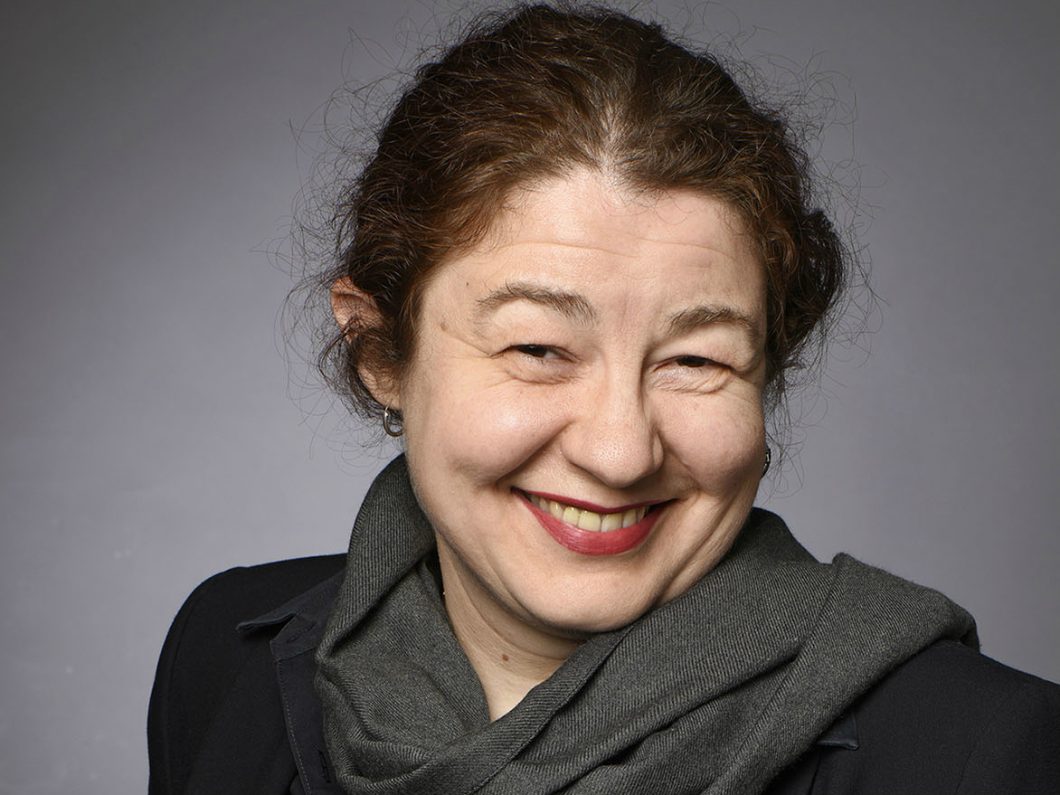 Katharina Mouratidi is the artistic and executive director of the Berlin based Society for Humanistic Photography (Gesellschaft für Humanistische Fotografie, GfHF) since 2006. In this position she is planning, curating and realizing photographic exhibitions and projects in collaboration with renowned art and cultural institutions both nationally and internationally, among them: “Kai Wiedenhöfer, WARonWALL” (an exhibition on the Berlin Wall, 2016); „Robert Knoth and Antoinette de Jong, Poppy – Trails of Afghan Heroin“ (C/O Berlin, 2016); „Beloved Afghanistan – Photographs by Anja Niedringhaus“ (with Gisela Kayser, Willy-Brandt-Haus Berlin, 2015). In April 2017 the organization opened its own exhibition space in Berlin-Keuzberg. f³ – freiraum für fotografie presents five to six exhibitions of international renown as well as emerging author photographers – dealing with social and political issues – per year.

The space for photography, which deals with socially relevant issues, has declined sharply in the past decades. Publications of engaged photojournalism and long-term photographic projects, which used to take many pages in magazines, have been cut to a minimum. Due to the decline in subsidies, museums and exhibition institutions are depending on high numbers of visitors to finance their program and thus are showing mainly popular, easily accessible topics and well-known historical photography. Young photographers, who dare to deal with the current issues of our time in their work and want to live on it, see themselves more and more forced to go other ways to make their living.

This is why we – myself and a group of friends – founded the non-for-profit organization Society for Humanistic Photography in 2006. We wanted to create an institution that advocates for photographic positions and their authors, who oppose this development and despite the difficult conditions are realizing photographic projects on social, political and socially relevant topics. We wanted to make this kind of work known broadly in Germany and abroad and to set important content as well as aesthetic accents in today’s flood of images.

What do you see as the strongest power of photography? What are the values that you think are best represented by photography?

Photography is a medium with which one can effectively and emphatically point to current social and social circumstances or abuse. Through the strong visual impact that our society has experienced over the last decades, today we perceive information and news most through the image – photography or film. Some iconographic images of recent decades, including Nick Ut’s photograph of the Vietnam War, Willy Brandt’s downfall in the Warsaw ghetto in 1970, or of the migrant crisis, have influenced the worldview of entire generations and contributed significantly to the disruption of social structures. The important role that photography plays in current social conflicts around the world also underpins their significance and their potential for opinion and will formation.

Despite the current competition of visual superlatives, in which seemingly only the images are perceived that provide the viewer with the most cruel, the worst and the most sensational motive, I still believe in the medium of photography. Like no other, it is able to touch people in their innermost, to open new horizons and perspectives and, of course, to change the world a little bit each time.

From my point of view, socially committed photography again needs much more prominence in our society and therefore also in public. In this sense, I consider museums and cultural institutions to be just as suitable as presentation venues, as are exhibitions in public places or dissemination via magazines, newspapers and digital media. Each of these forms of presentation reaches a very specific audience, a different target group. In museums, it is people interested in art and culture who specifically visit exhibitions, digital platforms are more likely to reach a younger target group, and the presentation in public space can create quite surprising “art spaces” in everyday life.

In 2017, we opened our own exhibition venue in Berlin: f³ – freiraum für fotografie presents five to six exhibitions of international author photography per year on 200 sqm near Oranienplatz in Berlin Kreuzberg. In addition, regular discussions with photographers, discussion events and workshops take place. With our exhibition venue, we wanted to create a new location for photography that goes far beyond a simple space, that shows photography. We aim to invite visitors to explore current issues of our times through the medium of photography. Having our own physical space allows us to follow a continuous content line in the above-described context. This way we cannot only make a large public familiar with new tendencies in the works of international, committed auteurs, but we can reach out to a much larger audience nationally and internationally, and influence substantive disputes on social and political issues within and beyond the photography community.

Gisèle Freund once said: The image is realized by the eye, not by the camera. In this sense I do think, that the intent of the photographer who took the picture is of much greater importance than the genre of a photograph, or the technology an image has been taken with. In terms of distribution and worldwide accessibility of visual information, digitalization has, with no doubt, played the key role in changing completely our way of how we are perceiving images and how we contextualize them.

The differentiation between artistic and documentary practice seems to me interesting only so far as it gives us information about the intention of the photographer and the context in which her or his photography originates. It leads us to the question of truth or authenticity. Is the picture that we see right now true? So not staged? Or has the photographer used the medium to use our firm belief in the truth of a photographic document to construct new or alternative truths?

There have always been certain trends and tendencies in photography (like favoring specific creative methods and approaches, topics, patterns, etc.). What is it beyond these that can make a project exciting and a new piece outstanding today?

For me, a good picture is a photograph or a good photographic project that can sustainably touch. In other words, a photograph that never leaves your mind, that you no longer forget, that shakes you up and that – in the best possible sense – sets in motion a mental process. And even at the risk of being labeled as a hopeless romantic: Yes! These pictures are still there.