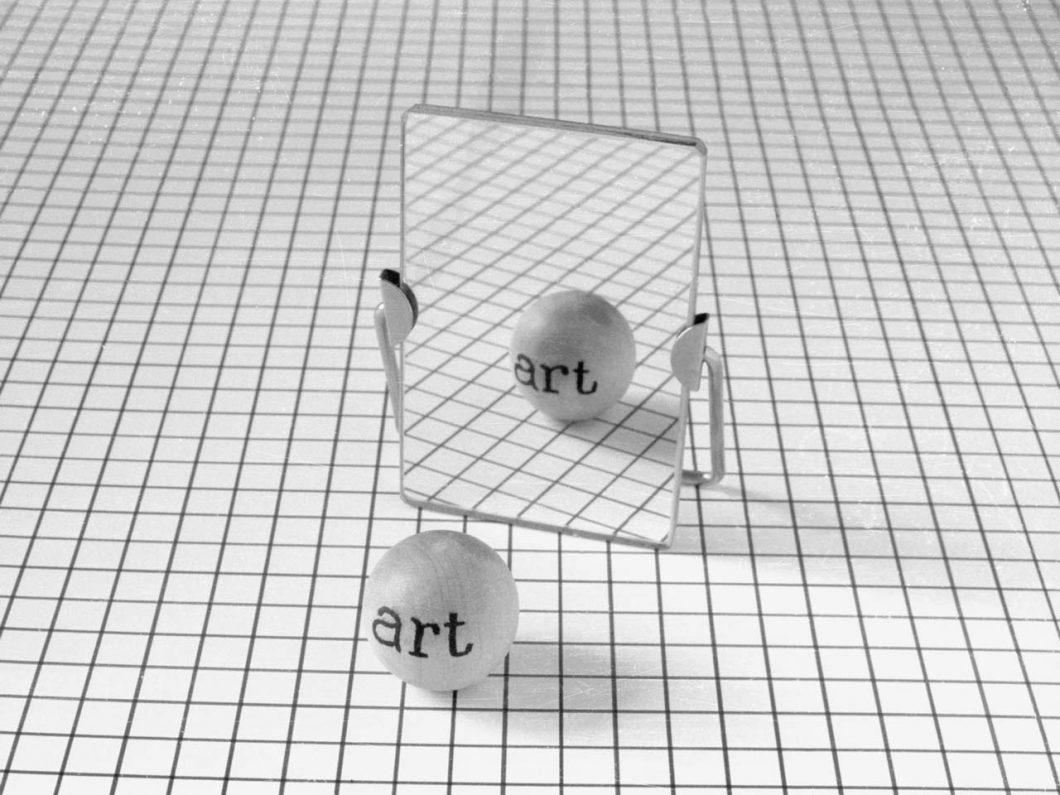 The exhibition curated by Patrick Urwyler is set up as a comprehensive overview of Perneczky’s conceptual photography, the artist’s most prominent group of works in his entire oeuvre. All works on display were created in the beginning of Perneczky’s artistic career (1970-75), a time that coincides with his emigration to Cologne. It was largely during this short but formative period that the dissident artist created his most famous works, today represented in renowned collections, among others the Metropolitan Museum NY, MoMA NY and the Centre Pompidou.

The ongoing research of Patrick Urwyler at the private archive of Géza Perneczky in Cologne results in a rich selection that brings together special editions of well-known photo series such as Concepts like Commentary, Art Bubbles and Snail Action, as well as unpublished works, sketches and documentary materials. As a highlight 16mm experimental film will be presented for the first time in Hungary. The film with its moving images and continuous narration underlines the action-orientated character inherent in many of Perneczky’s conceptual photo series. Realized in sequences these photos capture the artist’s actions he performed in front of his camera. Contrary to the general tendency of Fluxus influenced experimental photography of the 70s – as practiced in the artist’s immediate surroundings – Perneczky decided against a so-called ‚snapshot aesthetics’, which celebrated the randomness and arbitrariness of a situation. The result is Perneczky’s carefully composed and staged photography, preceded by sketches, concepts and written instructions:

“Paint on the window the word ‚art’. Blow soap-bubbles into the room. Then you’ll see the word ‚art’ reflecting on the soap-bubbles, before they dissolve” reads the instructions for Perneczky’s Art Bubble (1972) series. Perneczky’s most prominent work uses reflections and mirroring effects in its concept. Mirrors are a leitmotif in Perneczky’s photographic work and act as a red line that guides the visitor through the exhibition. In various works Perneczky assigned different functions to the mirror, that sometimes acts as a protagonist (Concepts like Commentary, 1971 and Yes No Concept 1971), a requisite (Mirror, 1972) or as a technical effect (Reflex, 1974 and Cyclops, 1975).

Perneczky’s mirrors are constitutive for his photographic work, which at the same time represents a mirror image of art in its time. The exhibition presents Géza Perneczky as a dissident artist who created iconic photographic works, that offer foresight and concisely comment on art and (his) life between east and west.

Géza Perneczky’s exhibition called Mirrors in on view until December 08, 2019 at Capa Center.