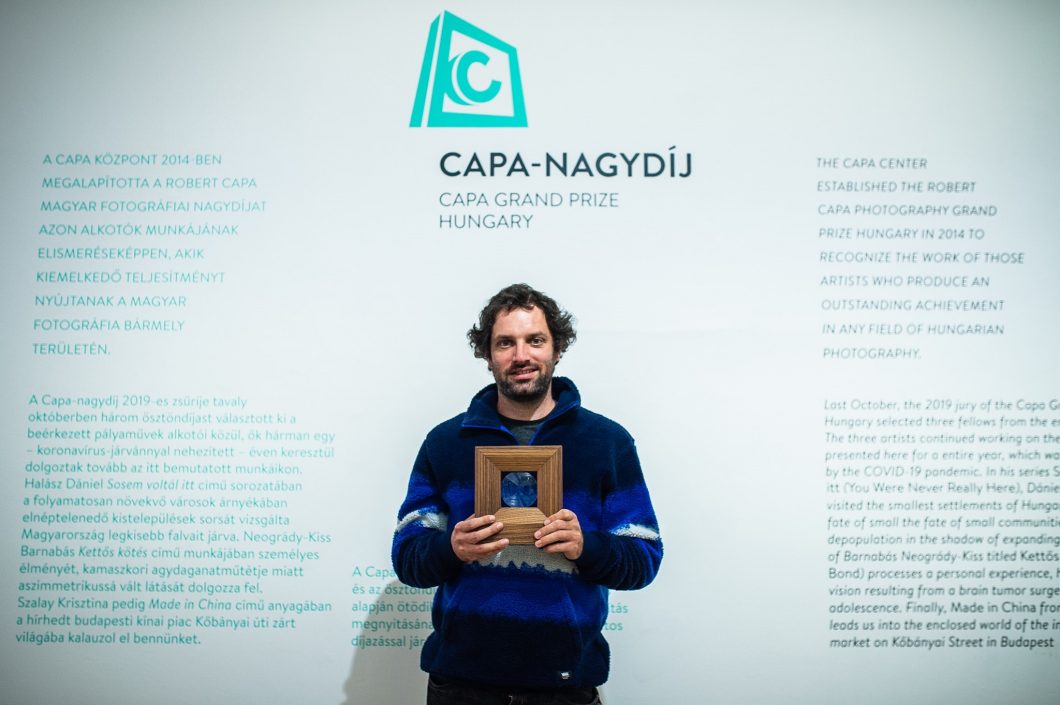 My sight is indescribable, cannot be visualized. Only those will know, those can understand it who have experienced it. Whatever I focus on, it will always be halved; if I look at the half of the half, that will be halved as well. I tried to conceive of photography as a study but I had to realize that I didn’t want this series to be an illustration of my vision. I had to dig a bit deeper to understand what this entails, what thoughts, connections, bonds form in my head. I tried to simplify a rather complex thing: the communication between pictures. Like when you try to filter out things that are interesting for you from a scene and then follow up on thoughts based on this filtering.  Experiences, perceptions, half-thoughts, partial pictures, the big whole forming in our head. You see a round “O” when looking at a neon green floaty, I visualize a “C”-shaped half-green floaty. Following this train of thought, we’ll arrive at completely different conclusions; me at the letter “C,” you at the letter “O,” you end up with a UFO, I’m left with a boomerang.

I’m sitting in the passenger seat of a car.
The driver:
– So what do you see of this billboard?
– What billboard?
In my world, that billboard didn’t exist at that time. This made me realize that all those things we don’t see are still contributing to our lives.

Is anyone actually interested in what is beyond that mountain, behind your hands, under the water,  behind our backs?

To see everything all at once, whatever it is in front of me, that’s just a memory at this point. Thus the space I see is an image put together in my head with a time shift, like a mosaic. Do we all think in pictures? Do I recall things as a whole? I’m lying on the king-sized bed at my mother’s place after my second surgery, watching television. There’s a movie on and there’s a scene  where two characters are walking and having a conversation — cut scene, and I only see a human face up close, and the character is seemingly listening to something, but I hear words, I hear someone telling a story.  What the heck is going on with this movie? Are they showing us  the character who isn’t even talking? Why is the other one still speaking if they aren’t on-screen? In exhaustion, I looked at the doorway, it was to the right of the TV, and I saw from my periphery that there were actually two people talking in the movie, then I looked back and saw one person again. What the fuck?

I had no idea what was happening to me. I got scared, I studied it, I have accepted it by now.

The presentation of Barnabás Neogrády-Kiss

Selection from the photos of the series Barnabás Neogrády-Kiss: Double Bond

Dániel Halász and Krisztina Szalay were the fellowship-winners of the Capa Grand Prize Hungary 2020.

The Capa Grand Prize Hungary 2020 exhibition is free to visit until November 29, 2020 at Capa Center.