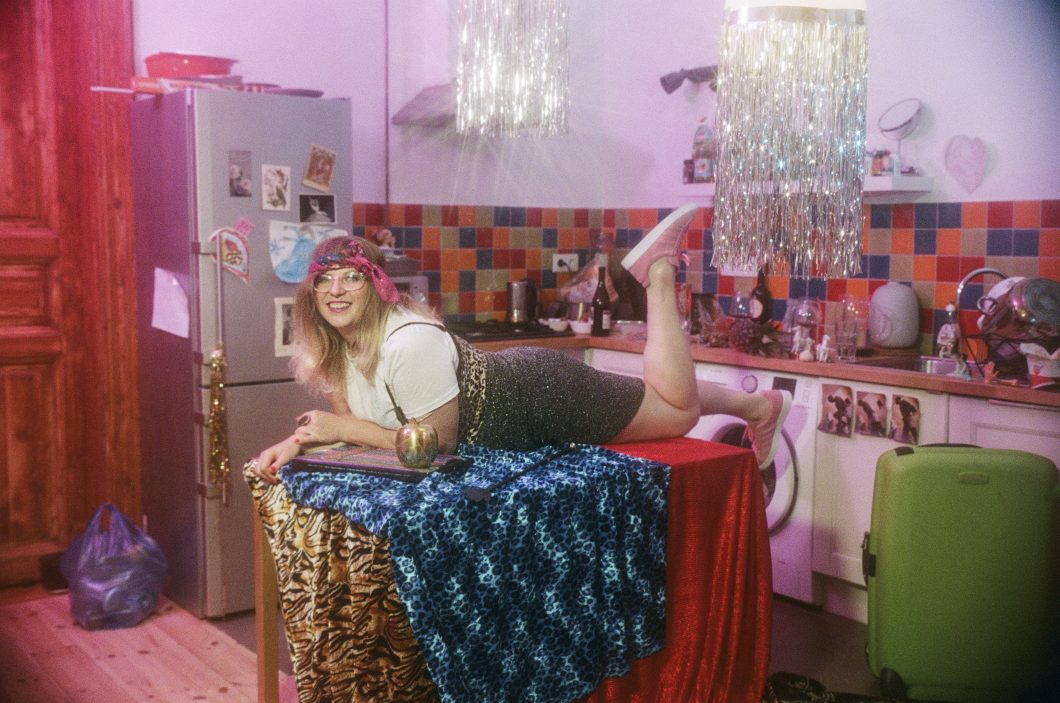 In 2017 I posted a public advertisement. I was looking for people who would show their sex toys to the public. To my great surprise many answered my call. They also had a strong desire to talk about their sexuality without shame. The contributors came from various walks of life: student, social worker, hairdresser, translator, artist, dominatrix, entrepreneur, employees, unemployed people, freelancers, wives, girlfriends, single people, divorcees, mothers-to-be, mothers and even a grandmother. In addition to taking pictures, I was conducting interviews, which let me dive deeper, dredging up serious traumas in more than one cases. I’ve learned something new after every single session.

While working on this project I found my grandmother’s memory book, which she got during World War II. The messages in it, that were meant to prepare one for life, often corresponded with the thoughts my participants had told me about their own inhibitions. These lines from many generations before, served as pointers for girls. They implied that in case you were born a woman you should be modest, obedient, bear the pain and suffering. The participants, just like myself, internalized these thoughts. My relationship to sexuality has changed a lot throughout the years and the project itself has changed with it. The objects became less and less important, as I became a lot more interested in the owners and their stories. I was looking for means to get rid of the shame connected to sexuality, overcome societal conventions and break free from inherited behavioural patterns. The toys became the key to establishing honest communication.

Selection from the photos of the series Éva Szombat: I Want Orgasms, Not Roses

Róbert László Bácsi and Balázs Turós were the fellowship-winner of the Capa Grand Prize Hungary 2021.

The members of the Capa Grand Prize Hungary 2021 jury:

The Capa Grand Prize Hungary 2021 exhibition is free to visit until November 14, 2021 at Capa Center.