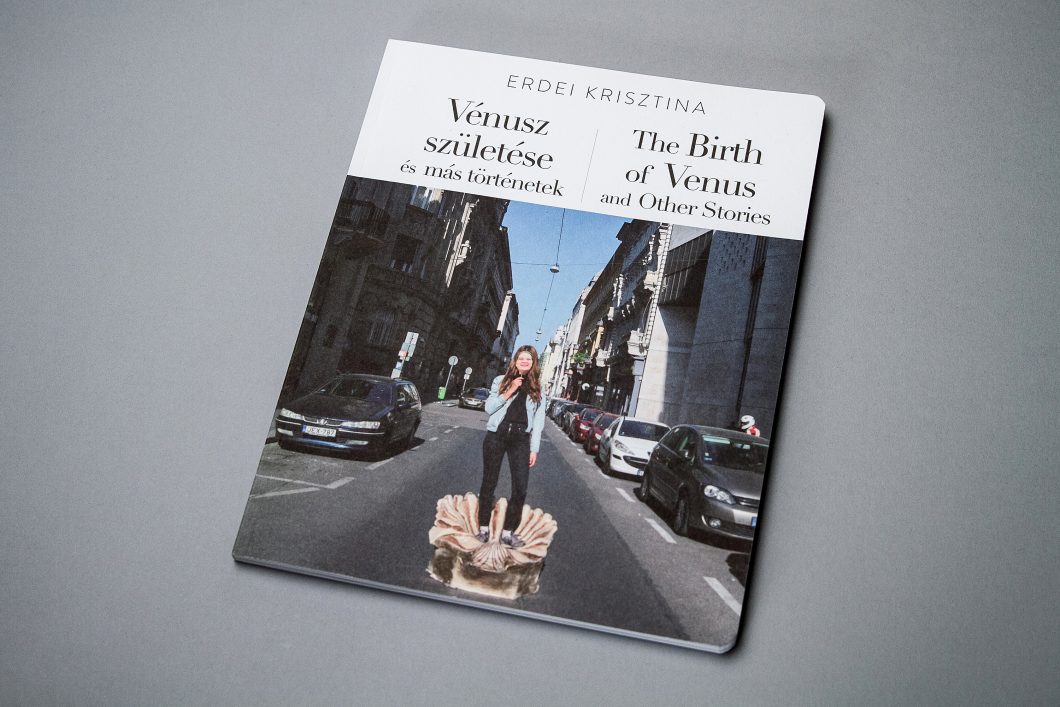 Krisztina Erdei’s exhibition titled The Birth of Venus and Other Stories is the result of a one-year work process enabled by her winning of the Budapest Photography Grant 2017. Tünde Varga, Associate Professor at the Department of Fine Arts Theory at the Hungarian University of Fine Arts, wrote an essay titled Life beyond the outskirts of the city: the invisible history of the Dzsumbuj for the catalogue of the exhibition. Please find an excerpt from the piece here.

Krisztina Erdei started her work during the slow process of evicting the residents by documenting their life stories, in which representation does not show images serving to raise empathy with those in misery but reveals an experimentation which is documentary by nature, yet matches the self-image of those represented. The Dzsumbuj and the stories, microstories of the residents, constitute a rather varied picture, based on which Erdei is able to present this neighborhood categorized as slums as a community with its own peculiarities but still being a living community, while she is also trying to avoid a kind of ethnographic approach.

In the material of the exhibition, one can observe the long-term follow-up of some ex-residents of the building complex and the personal revelation of individual lives beyond the statistical data. The various news articles do mention the anomalies around the moving out, but the artist presents the problems in a tangible way, instead of merely enumerating the facts. Even the news articles make it clear that the evicted people had to face new hardships, even though they were provided higher category housing, with full bath: the higher overheads meant an extra burden to their customary lifestyle, further complicating their disadvantaged situation. However, Erdei’s representation sheds light on some of these Specifically absurd situations as well. An example is the story of the family presented in the text for Grinder, 2018: after moving out, they received an apartment where the weak sewage system was resolved with a grinder toilet. The resulting electricity consumption was such a financial burden on the family that they were unable to meet, so they were ultimately left completely without electricity. The story points to an example of the disadvantages resulting from the structural inequalities, which are all over the place but are still invisible for those who are not familiar with this way of life and income level, like all the well-intentioned local government officers. Wilatts’s above-mentioned arts project had similar objectives: to visualize, relate, conceptualize those problems that could possibly be counterbalanced by the local government, if those concerned had any way to reach these forums. In the exhibition, the installation format helps the visitors gain a partial experience of this situation.

The main theme of the visual material of the exhibition is Venus’s story, who was among the last people leaving the building complex. The artist got acquainted with Venus during the project. In a way, the story of this young girl has a symbolic significance in the line of events that are different for each resident but still point to the situations resulting from their marginalized status. One part of the photographic installation presents determining moments in Venus’s life: the court warrant requesting her family to leave the building, the loss of her mother, and the derogatory circumstances of the funeral. In this aspect, the photographs represent the impossible situation emerging from her being disadvantaged with the accuracy of a documentary. The other part of the series modulates this picture in two aspects: on one hand, it explores how stereotyped visualization (drug addict, lazy, welfare abuser) puts the people living in extreme poverty to the role of incapable victims, who are unwilling to change their fate. On the other hand, it points out those structural disadvantages which cannot be considered to be their own fault and which make it almost impossible, despite any efforts, to break out.

The photography series presents the scenes of Venus’s job seeking endeavors, a kind of network that provides a unique mental map of the city. It can be surprising how limited the mental city map of the Dzsumbuj-residents really is, which is itself a serious handicap for them. Krisztina Erdei, as the accompanying text reveals, helped Venus in her seeking a job by searching for the locations of the vacancies on the map, and sending her information on how to get to these places. It was during this process that she came up with the idea to create a photo series to document these places. For the photographs, she created an object made from newspapers glued together (millboard), resembling a shell. Thus, the birth of Venus creates a multilayered network of reference, from the issue of high arts and those falling out of the scope of artistic representation, through the problems related to the focus of representation, to the difficulties related to the chance of starting a life.

The original plan was to photograph all locations with Venus being present, where the photographs would have been connected by herself and the shell-shaped paper object, but in very many cases, Venus was unable to show up at the agreed time, so we can see several characters on the images. In a way, this “experience of failure” also represents the problem, which does not result from the inability of the artist to help but from the fact that these people are not always able to act in accordance with their best interest due to problems rooted in their early socialization as well as their social and life situation.

The exhibition does not state that artistic projects are capable of changing these conditions: it would be naivety to believe that artists can move such huge social or political capitals. Krisztina Erdei’s endeavor consisted of facilitating the formation of basic life strategies necessary for human dignity, and of counterbalancing the fact that the state or the local government is unable or just simply unwilling to fulfill its social responsibilities. However, this is just one asset of crisis management: it cannot achieve much more than continuously pointing to what roles the state or the local governments should fulfill, by increasing the situation’s relative visibility and helping the work of non-governmental organizations.

Krisztina Erdei’s exhibition called The Birth of Venus and Other Stories is on view until March 24, 2019. The catalogue is available at the cashier of Capa Center.