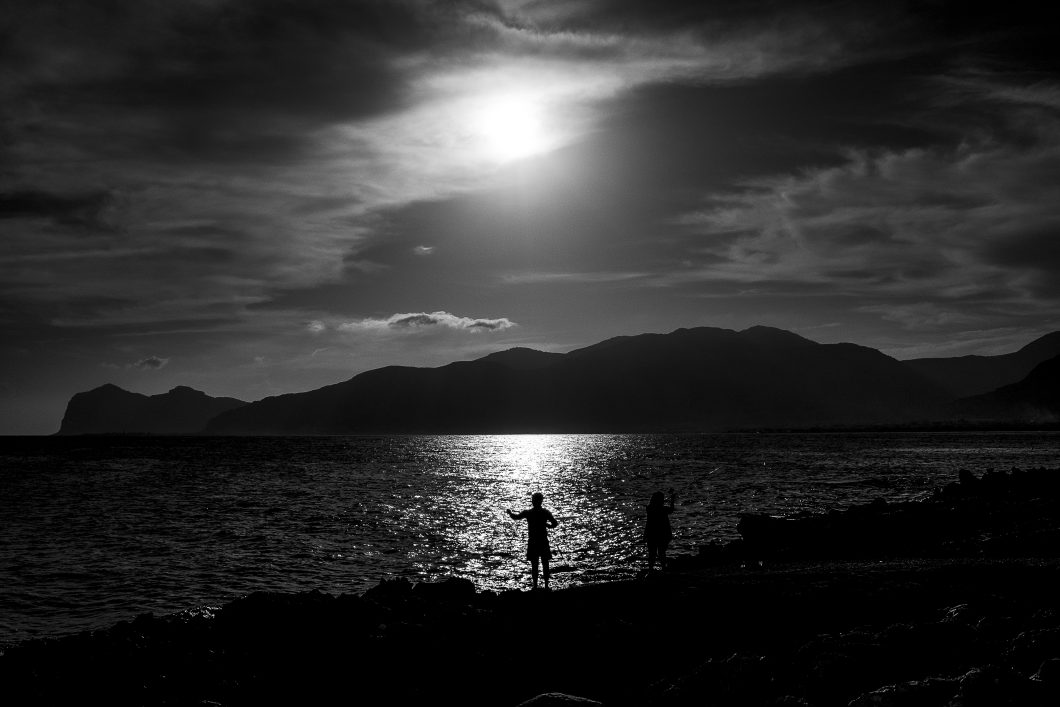 Summer. Hanging around, drinking beer, enjoying the holiday. Swimming in the water, sunbathing on the pier. The searing heat, the sound of the crickets, the sunsets. The photo series of Szabolcs Barakonyi, Zsófia Pályi and István Bielik show the familiar faces and scenes of our summers.

“At first glance, Tébánya [Tatabánya] is a place that could be anywhere. We are somewhere in Eastern Europe, in a former socialist industrial town. We could, of course, get into details about the history of the town, but it is indifferent: history has finished it off, just like anything else. The subjects are teenagers, who are just about as old at the moment of taking the photographs as the change of regime. They have just finished high school, and they are looking forward to the passing of the last summer before they turn into adults. There is nothing peculiar to what they do.” (Szabolcs Barakonyi, 2017)

Szabolcs Barakonyi’s series Tébánya was already on view at Capa Center, on the Golden Boundaries – Youth Culture in Contemporary Photography exhibition in 2017/18.

“Lake Balaton is the biggest lake in Central Europe. The pictures show the Central European flavour that is fading away year by year because of cultural changes. During the 1960s and ‘70s, it was a major tourist destination for working class Hungarians and people from the Eastern Bloc. It also served as a meeting point for Eastern and Western Germans who were separated by the Berlin Wall until 1989 but could still travel and meet here. After the collapse of Communism, the region become less popular, slowly becoming dilapidated, visited only by Hungarians. However, a new renaissance can be felt now; foreign tourists appear again.

At first glance, the scenery of Lake Balaton evokes a coastal resort with an endless horizon. But in fact, the water is very shallow, reaching only ten feet on average. The illusions unfold and Balaton remains only a lake although, among the local people in Hungary, it is still said to be the Hungarian Sea.” (Zsófia Pályi, 2013)

Zsófia Pályi’s series Balaton, the Hungarian Sea was already on view at Capa Center, on the Pécsi 25. Pécsi József Photography Grant 1991–2016 exhibition in 2016/17.

“The Hungarian language does not differentiate between the common and more elevated concepts of freedom. The images of István Bielik reveal several layers of being liberated from the shackles, obligations, monotony, and mundane routines of everyday life: we recognize the atmosphere of the “simple” holidays, weekends, vacations, travels, and parties taking place after the working hours, as well as the experience of being absorbed in ourselves, or the philosophical and existential spaciousness of unselfish existence, unconstrained activities, and boundless imagination.

These black and white photographs present the diversity and numerous faces of freedom. They reveal a new creative side – and the creative freedom – of István Bielik. He is not a reporter, nor a correspondent; he was not commissioned, he did not have strict concepts to stick to: he emerges as a photographer thinking in terms of projects. Without any pressure to comply, he freely photographs freedom itself. His images radiate elegy and some kind of perpetuity. Eternal summers, sunsets, invigorating memories.” (Klára Szarka, 2019)