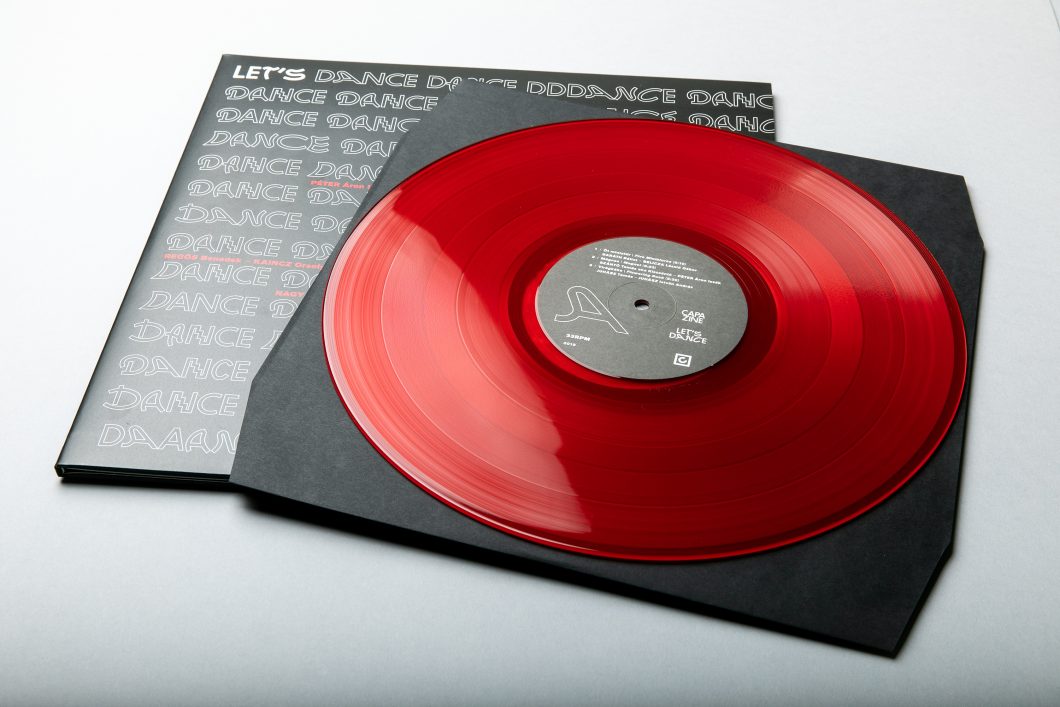 This year’s buzzword – LET’S DANCE invited photographers and musicians to work together on joint projects. The workshop was focusing on the relationship between the art of music and the photographic imaging, investigating the possibilities of soundscapes, sheet music layouts, montage, re-enactment, intersections in the history of music and photography, and artistic experimentation.

Biborka Szakács Emese participated on the CAPAZINE – LET’S DANCE workshop as a writer. Her essay called Visibly Audible she reflects on the works made during the workshop.

What happens when a photographer and a musician collaborate to create something together? This year’s CAPAZINE – LET’S DANCE workshop aimed at encouraging the participants to create works that strive to connect photography and sound. Over the course of several months of meetings, lectures, and exercises, participating photographers, musicians, composers, and music producers worked together in pairs and smaller groups. As a result, seven experimental works were created, all of which examine the relationship between the sound and the still image from different aspects.

The presentation of the still and fragmented images in the Öt miniatűr (Five Miniatures) montage by László Gábor Belicza and Bálint Baráth expands the space of perceived sounds via the phrasing and modification of the pitch, the tone, the volume, and the duration of the sounds. The miniatures composed by Bálint Baráth explore the visual layers of the montage, as well as the relationship between the still image and music, through the temporal and structural similarities, the concrete and free association, the common symbolism and emotional charge. The musical miniatures are created via the sound-based matching of the layers, or various visual units of the montage – like the dragonfly, – so the melody and the rhythm are not determined by a piece of sheet music. The melody and harmony audible in the five miniatures become visible: the interactive, associative effect of the images in the montage, as well as the visual and auditive metaphors together create a common unit.

Virágkáka (Flowering Rush), the work created by Tamás Juhász and István András Juhász is based on drawings of nature – noises, waterside effects – which provide a foundation for the sounds modulated by Tamás Juhász. István András Juhász uses prisms to refract the spectacle in his photographs captured at the location of the sound recording. The optically ‘bent’ spaces paired with the music create a peculiar, peaceful atmosphere of a fictitious creekbank, which exists only in the unity of the visual and auditive content created by the authors. The whole work is focused on this evasive location, only existing in the recorded sights and sounds, which the receivers can experience through their imagination.

Marcell Dudás and András Nagy take us to a place which is significant for both of them: to the 14th district of Budapest, Zugló. András Nagy’s photographs are urban genre images. The steady beat of Marcell Dudás’s music lends them a filmlike rhythm, a kind of continuity, without restricting their meaning. The dynamics of the melody together with the atmosphere of András Nagy’s series – of which only one frame is presented in this publication – also questions where we are exactly: in Zugló, Budapest, or Brooklyn, New York. Here the authors count on the imagination of the receiver, on the options left open, on the act of ‘active listening.’ They relate a story, one that has been flowing along with us since our childhood, the next scene of which is just about to unfold with them, the then and now inhabitants of the district.

Mágnes (Magnet) by Áron Izsák Péter and Tamás Szántó focuses on the reaction of objects to heat and their internal changes. This work, which is rather far from documentary photography, reveals what happens to the various materials placed in a furnace, how they transform, and what they become by the end of the process of heat exposure. At the same time, beyond the colorful whirling of the observable glow, sounds may also be produced: Áron Izsák Péter took photographs of objects burning in a dental laboratory furnace at 900 °C. With the high temperature and the resulting light, there were also sounds. The polyphonic, iterative melody recalls the sounds generated as a result of the heat, reflecting on the processes depicted in the images with the climactic volume of the various parts and the steady beat in the background. The general pauses built on the main part complement the steady beat and reflect the transformation of the hot objects presented in the images.

Rozi Mákó and Marcell Piti present a much more austere scenery: the inaudible sounds of space and the surface of the Moon. The atmosphere created by the monotonous noise music is made up of seemingly endless sizzle, while in spite of its coldness it creates a unified, harmonious mood. This mood is the soundtrack of the Moon conceived and composed by Rozi Mákó, which returns in the color spectrum projection of Marcell Piti’s two-layered photographs. The various colors reflect the frequency changes in Rozi Mákó’s music while denoting the topographical color spectrum of the Moon’s surface, which delineate the lithosphere of our planet’s only moon together with the black and white image layer.

András Ravasz and Tamás Juhász reached back all the way to the Fluxus in the course of creating their joint work, Harangok (Bells [Cage Reframing]), analyzing the relationship between music and photography. As the basis of the work, András Ravasz chose a photograph taken of John Cage, where Cage is standing below the bell of a Zen monastery, and the sound associated with the image exists only as a notion. They reenacted the action depicted in this photograph, only with the sound recorded with it as well. The iterative clanging of the bell and the melody created by the polyphony directs the listener’s attention into multiple directions: at first to the figure standing in the center, then to the sound that is supposed to be heard by him, and then to the full space covered by the image via the clanging sounds.

The photographic sheet music created by Orsolya Kaincz and Benedek Regős and titled Konstrukció (Construction) allows for the musicians to create music based merely on the visual elements and their own impressions, instead of following the traditional musical notation (the sheet music). The technique of making music with the instruments is also different from the classical music system: the metal sounds, the beats, the sudden changes in the pitch and the volume create tension and strong emotions. This tension is also depicted in the visual composition, where the black and white photographs displaying the construction materials enhance the dynamic nature of the photographic sheet music with the help of the contrast and the randomly appearing abstract visual elements.

So many co-creators, so many variations for creating the relationship between photography and music; yet, there is still one central common feature in the projects: interdependence. In the works created during the CAPAZINE workshop, subtle, hardly discernible sounds are depicted in the photographs in various manners: the sound becomes ‘visibly audible,’ while the photograph becomes ‘audibly visible’ in seven different ways

A CAPAZINE – LET’S DANCE limited edition publication will be available again at Capa Center, when our institution will reopen.

The CAPAZINE – LET’S DANCE exhibition was on view untul February 10, 2020 at Capa Center.