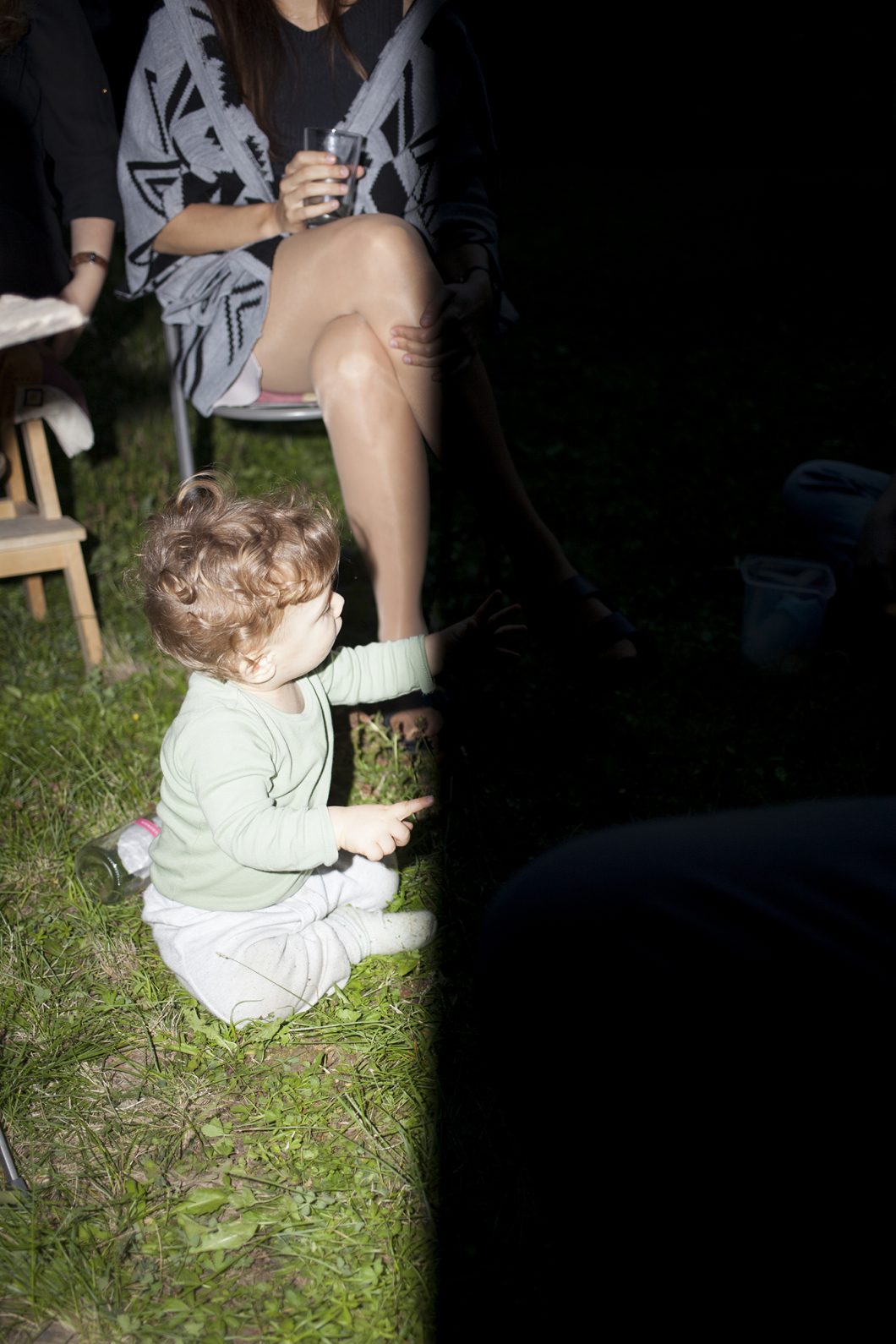 Play. Freedom. Learning. These were the main ideas behind the CAPAZINE workshop 2018 and the publication that summarizes its products. CAPAZINE is the zine of the Robert Capa Contemporary Photography Center, focusing on contemporary Hungarian photography, particularly on the work of six young artists selected. Its chief rule is already displayed on the cover: LET’S PLAY! Play is not only a topic discussed by the course leaders in their lectures, in the projects of the six photographers, and in the essays of the theorists, but it also means a future opportunity presented to readers by this special form of publication.

Balázs Gáspár (1997) was participating at the CAPAZINE – LET’S PLAY workshop as a theorist. In his writing titled Let’s Imagine the Game he reflects on the photoseries, which was made during the same workshop.

LET’S PLAY! – but what and how? What does playing mean anyway? Can you define it? In his Philosophical Investigations Wittgenstein came to the conclusion on game and the concept of game that many common traits are displayed by different games like board games, gambling, cards and other types, yet no attribute applies to all the phenomena listed under the idea of game. Accordingly, there is no essential property that could define every game, thus the set of games lacks a criterion – it is more like an unorganized, heterogeneous and indefinite pile of activities that needs to be observed from the perspective of the family resemblance theory. This theory says that one can identify more or less similarities in some types of games or subsets of games like in the members of one large family. Any subcategories of games compared show some kind of common traits and correspondence, case by case, but if you move to the next categories for further comparison these traits can either remain or disappear giving place to other shared properties,eventually outlining an intricate and complex network of similarities (Wittgenstein, Ludwig, Philosophical Investigations. Oxford, Blackwell Publishing, 1958, 31–32.). This approach can still be relevant today because it proved open and flexible enough to accommodate new activities and changes in the domain of games.

The family resemblance theory by Wittgenstein presents itself as an appropriate guide to the versatile phenomena of photography as well. As game categories shared sometimes more, sometimes less traits, the photographic genres and attitudes – report and fine art, documentary and subjective visions – also display a changing amount of shared attributes. Theorists have been dealing with photography as a consistent notion disregarding the fact that, depending on the given discourse and uses, photographs visualize the most divergent contents and forms possible. You will not find anything that every instance of photography shares. Thus, photography does not have one essential attribute that could define this diverse media for the good – and this is exactly what grants the freedom of photography. This freedom is actualized by the photographer who can be considered a player confronting a set of rules that is ready made and in which they can reach their goals by using their specific tactics. The world is the playing field of the photographer who can play in various ways – he can be severe, laughing, analyzing, instinctive, tactical or jeopardizing. The works made in reaction to the call LET’S PLAY offer a playful variety of photographic games, each of them displaying at least one trait relative to games and play – it either shows a game or toy, or reflects on the relationship of play and reality, or is a game as it is, or invites you to play.

Becoming someone else, assuming another (person’s) identity, playing a different role, trying something new, pushing our boundaries: these are some of the most popular motivations for playing games. We give our all while playing, and we like to become someone else, but only temporarily of course. And it’s even better to become ourselves again afterwards. In Olga Kocsi’s The Golden Rabbit in Budapest, a mysterious creature stalks the familiar scenes of the capital. Just like the observers of a role-playing game, we must unravel the secrets of the fictional Golden Rabbit’s story ourselves. Who is s/he, and what do the poses and the situations s/he is in tell us about him/her?

Scenery and graphics are important elements of all games, and can sometimes even make them enjoyable all on their own. But an overly perfect replica can turn against us and wash away the boundaries between reality and play. Dóra Lázár presents us images of life-like replicas of various natural beings and materials in The Real Deal. Beyond a certain point, however, it becomes difficult to differentiate between real and fake, and the replicas’ conquest of reality leads us into a dangerous maze of illusions.

While playing, we like to think ahead and plan several steps in advance – which squares we should avoid, and where to go. While doing this, we still tread on the twilight meadow of uncertainty, where everything changes in a single step, and reforms in new constellations. HALF-HALF, the work of Barnabás Neogrády-Kiss, reflects on the subjective nature, or rather the imperfection of the unique point of view by providing a playground where the receiver has to actively participate to create reality (or fiction) in the given system based on their own experiences.

You can read the full version of Balázs Gáspár’s Let’s Imagine the Game in the CAPAZINE LET’S PLAY publication, which is available at the Capa Center.