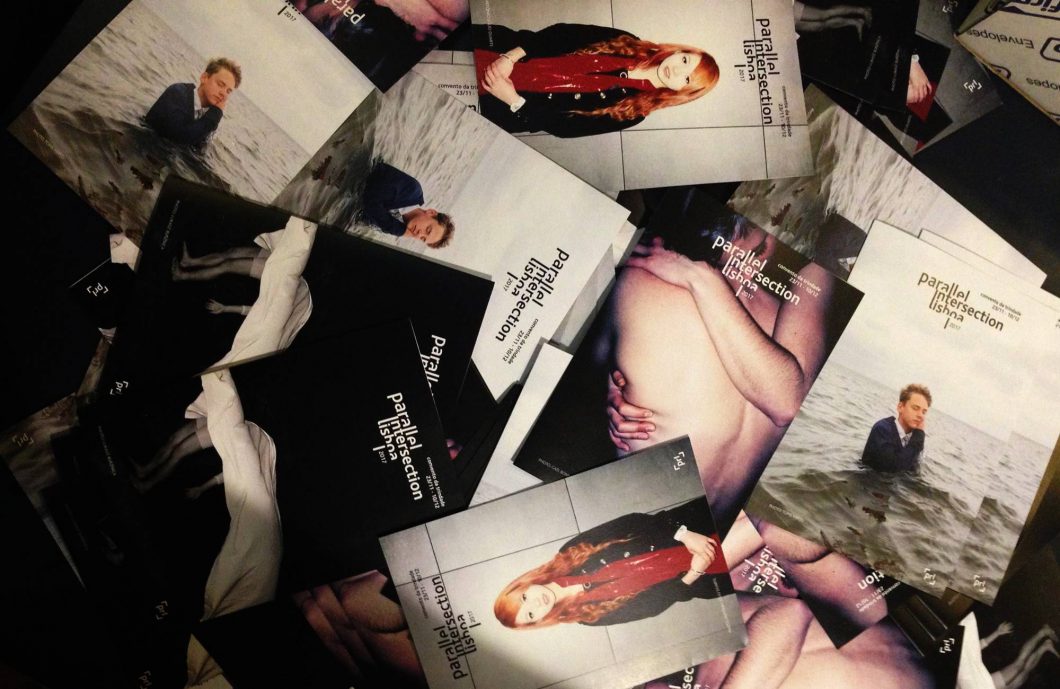 PARALLEL is a platform that brings together creative European organisations committed to promoting cross-cultural exchanges and mentorships in order to set new standards in contemporary photography. Members include museums, galleries, cultural centres, festivals, art schools and publishers. Maria Salgado is the Network Communication Manager of PARALLEL – we asked her about the past and the future of the PARALLEL Platform and the different aspects of art and photography.

How did the PARALLEL project start? What is the aim of it?

PARALLEL is the result of many years of Procur.arte’s experience in the field of visual and performative arts and our own personal practice as well.

We started to properly write about it during Procur.arte’s previous project — Flâneur – New Urban Narratives — which gave us the opportunity to travel around Europe for 2 years and to go to most photography festivals. During that time sometimes we felt that we see similar exhibitions, names, artists, curators, and even similar concepts. To us, it was clear that some renewal was necessary. We felt that there was a need for new blood and intertwining the photography sphere with people, concepts and ways of working from other areas — video, performing arts, performance, installation, design, critic, and so on.

After pinpointing what we thought was lacking, and checking it with people from different fields (institutions, artists, curators) we realized that our ideas were coincident with much of theirs. It was then that we started drafting what is now PARALLEL, a network of artists, curators and institutions working with photography in a horizontal way, trying — very hard — to blur the rigid and hierarchical lines between this 3 points of the same triangle. To PARALLEL it’s very important to reach out to those who aren’t in a position of power yet and haven’t made the necessary connections in the field. It’s with that in mind that we host the open calls so that we can broad our purpose beyond personal networks.

It’s also important to mention that we critically analyze the project every year and listen to all participants’ feedback so we can improve in the forthcoming years. This logic of continuous construction is very important and that’s what makes it interesting to us because, bottom line, the program has to work to those who take part in it.

If it’s your friends who determine whether you make it or not in the arts, then let’s open the door and allow us to make friends with everyone and not just those who we already know and are friends with.

What do you see as the strongest power of photography? What are the values that you think are best represented by photography?

I wouldn’t separate photography from other arts, I believe it’s the artistic expression itself that has power regardless of the medium the artist uses. The way I see it is just a tool, so I would say the content is more important than the tool.

So, having said that, art itself has the power to change people, make them discover themselves and empower them. However, to achieve this it’s urgent to make art accessible to everyone, not just to the few who can afford (time and money-wise) to spend a day in a museum, to learn to play an instrument, to stop and just draw or write, or even just the right to do nothing.

The democratization of art doesn’t start with free entrances in museums. Often the entrance fee is not what’s keeping people out, but rather the invisible barrier that shouts out very loud (and yet silently) that they do not belong there because they’ve never interacted with art. It was always considered as an extra and never as the part of their life, or even their families’ life, never a right, always a perk. Therefore, among many other ways to tackle this problem, it would be substantial to make kids (since a very early age) not only interact with art as a spectator, but as an active player as well in every school, with people coming from all kind of backgrounds and not relegate it to an extra-curricular activity that kids can attend if they (or their parents) feel like it, or worst, if they can afford it.

At the same time, we have to deal with another problem: representation. I believe it’s safe to say that institutions (with very few exceptions) are led by and represent the elite, white, rich and male segment — just like the majority of power positions in today’s world. It’s paramount to indicate, that this does not represent the world and there are way too many people being left out, and if it’s already difficult to cross the door of a scary museum, when you find the courage to do so and you start looking at the pieces and see no connection with you or anyone else you know, then the feeling of not belonging comes back.

So, art is power and it is empowering and we need to use it to shatter the institutions and make them everyone’s right, not a privilege that only a very few can afford.

There have always been certain trends and tendencies in photography (like favoring specific creative methods and approaches, topics, patterns, etc.). What is it beyond these that can make a project exciting and a new piece outstanding today?

Trends are what they are: trends. This also means that they’re transitory, which is not good or bad, it is what it is, it can be boring and calculated or interesting. What makes a piece outstanding is extremely relative, we can approach it from the point of view of what is exciting to the market, but also of what is exciting to each one of us personally. The first one is possibly more related to trends but most certainly related to money. The second one is extremely subjective and I think it’s much more interesting, in a way this is what causes such a commotion around art, it’s subjective and what touches some means nothing to others, I believe that it’s related with each piece but also in the experience of the spectator. The spectator is absolutely essential for the conclusion of the piece, and this extends way beyond the participatory pieces  — example Lygia Clark’s (1920-1988, neo-concrete Brazilian artist) Bichos (1960s), which were only considered art by the artist herself when they were manipulated by the spectator/participant/viewer, otherwise she regarded them as simple objects. Which takes us to another point, are they a piece of art when we see them in a glass box at Tate? Well, to Lygia they clearly are not — where this phenomenon can be easier to understand because the spectator uses the body and physicality is overall generally more relatable than something that touches us emotionally.

So, to go back to your question, I think subjectivity and experience are what make a piece outstanding for us.

I think we’re beyond the announced “death” of photography that was so feared with the coming of the digital era. We already have quite some years in the digital era and I think it’s quite obvious that there’s no competition, they’re two different things that occasionally loan from each other, just like it had happened before.

It’s difficult to do this kind of “futurology” with art but from what I’ve seen so far I can say that I hope to see more representation, both thematically and in the actors. This will, in turn, lead to the rising of themes that perhaps have not occupied the central field yet. Formally speaking I’m much more interested in the the blurring of lines between mediums — that’s something that we let happen in PARALLEL, usually when artists join to us, they’ve worked strictly with photography, but it’s so important to see that at the end of the program many of them are already exploring performance, video, sound, installation, or mixing them all together — so I hope to see more of that. If we still regard the medium as a tool, I trust that the artist has the possibility to explore as many tools to reach the desired final piece as possible. Obviously there is nothing against sticking with one tool, but personally, I would tend to this broader word, artist, rather than photographer.

The PARALLEL project will finish in 2021. Are you planning to continue it (or do something similar)? Do you think PARALLEL can (or already) have a long-lasting effect?

PARALLEL is one of the few platforms supported by the Creative Europe Programme of the European Commission. The support is for 4 years and we’ll be reaching the end of the first line of support at the end of 2021, however, the plans for PARALLEL are to continue so we can carry on to work with artists, curators and institutions in the forthcoming years and see themselves and their work benefit from their participation in PARALLEL.

Because if there’s something that we can now see and that only gives us a tremendous amount of joy is to understand the impact PARALLEL can have for those who enter into the program and in such a short term, besides extending their personal network and even friendships — often disregarded but also very important —, that they also consolidate strong professional contacts and stay strong after such an intense experience like PARALLEL. Something that is a very good indicator of the success of this is that a significant part of those applying to our calls have heard of us via previous participants because they’ve joined and felt the actual benefits of the yearly program and truly believe it works. It might be a bit corny, but this is literally the best publicity you can have.