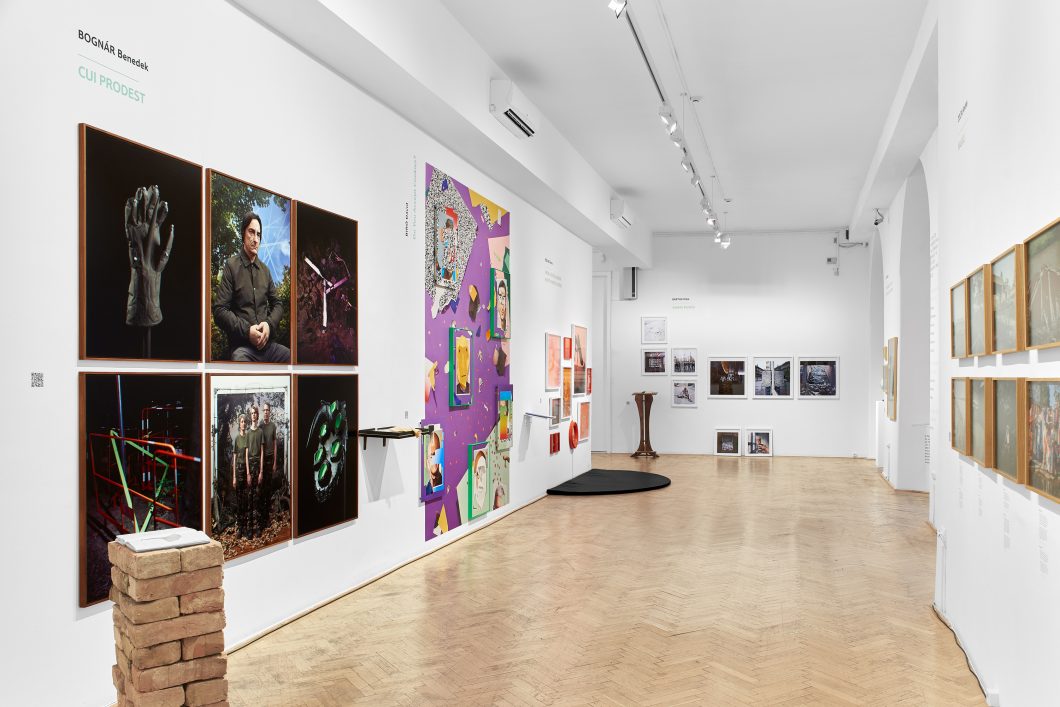 Get to know the works of the artists who were awarded the Pécsi József Photography Grant in 2021.

The photography grant created for commemorating the photographer, professional writer and photography teacher József Pécsi (1889–1956), was founded by the Ministry of Culture and Education in 1991. Its purpose is to help to start the career, creative work, and development of talented photographers working as independent artists, and to provide them with favorable conditions for the creation of high-quality artworks which are modern both in terms of form and content. The series exhibited this year also attest to that the grant recipients have created quality works by employing the diverse possibilities of photography.

The exhibition is realized in cooperation with Magyar Alkotóművészeti Közhasznú Nonprofit Kft. (MANK [Hungarian Creative Art Public Benefit Non-profit Ltd.]). Established in 2011, MANK is the only nonprofit corporation in the country which is expressly entrusted with the task of supporting fine arts and artists, including the organizing, financial administration, handling and documenting of early career support grants.

Viktória Balogh: Finding the End of the Rainbow

“The average Hungarian family lives on 78.3 m2. In my video work, I enclose an area of exactly this size: it is the symbolic construction of the foundations of a fictive house. The carrying of stones is an allegory of the – even physically – difficult, exhausting and lengthy process of establishing a home. The location and the landscape are strange and unfamiliar. Via the horizontal images of the video, we can see the seemingly Sisyphean, never-ending process and the human scale. A top-view photograph shows the created pattern, the foundation.” (Viktória Balogh)

“World soul. Although attributed to Plato, this idea had existed earlier and in other cultures as well. It is the force that permeates and operates the material world, giving form and function to its parts. It is an organizing principle, or the assumption thereof. This idea resurfaced in the Renaissance to stay with us until modern philosophy, and preoccupied thinkers from Paracelsus to Hegel, who were interested in the order of things or structural contingency.” (Máté Bartha)

“Few things are as exclusively our own as our face. One of the most fundamental elements of our identity is at once the most intimate and yet the most public part of ourselves: we almost never cover this part of our body, even when entering a public space; in some countries, covering the face is even a punishable offense. So, we have an apparent obligation to be identifiable when we show up somewhere. But how far does the obligation to be identifiable extend, and where does the monitoring of people slip into unlawful and authoritarian surveillance?” (Dávid Biró)

“I was experimenting with how photography can be used to model a suspicious gaze or a conspiracy theory logic that can detect the threat in the most ordinary things. The series aims to reflect, through metaphorical representations of a paranoid society’s state of mind, the contradictory process by which people build a world around themselves that is far more threatening than reality, and in which they ultimately become their own enemy.” (Benedek Bognár)

“A year has passed without me actually realizing it was over. A year has passed, and everything has happened with actually ‘nothing’ happening. Seemingly, of course. But actually, this was a very important year. It has restructured many lives, just as it has mine. Then the world opened up again and there was that panic of having to open the door. To some extent, everything continued where it was left off, but not exactly. Interestingly, expectations did not change.” (Zsuzsa Darab)

“It is interesting to compare the historical relations of Dunaújváros, Tiszaújváros, Ajka, Ózd, and Kazincbarcika following WWII, and following the change of regime. The plan-based economic model, which had been the catalyst for the creation of Hungarian industrial towns and one pillar of the socialist economy, was no longer sustainable in the free market context after 1989. The various elements of the series – landscapes of the industrial towns and portraits of young people who are no longer perpetual beneficiaries of the industrial town ethos – are built on each other like a mosaic, as their present-day challenges and their vision of the future meet the ghost of empty factory halls and plants.” (Balázs Fromm)

Marcell Piti: Their Own Masters

“My aim was to present real alternatives for creating an environmentally conscious family or small-scale farm in the countryside and in the agglomerations of the traditional field towns, using various agricultural technologies. The families and individuals in the pictures were rarely from multi-generational farming families. Most of them are young people who have left the cities in search of new alternative paths, and who have consciously chosen one of the most extreme ways of living in the countryside to become self-reliant.” (Marcell Piti)

Hanna Rédling: When the Water is Stirred

“How can nostalgia become a stronghold in a world where we experience a loss of control daily in various areas of life? How do we relate to this special evocation of the past at the border between virtual and real life? Can technology now once again revolutionize the way we archive memories and recall the past? How is the medium of photography expanding in line with the spirit of the times?” (Hanna Rédling)

Sára Zagyvai: Sketches of an Excursion

“My images are based on popular landscapes from online archives. During my work in the photo lab, I transform the everyday visual realm into abstract art. The black-and-white photographs are designed to make viewers pause, linger, and to create an opportunity for observation. I modify the direct perspective of the found images, revealing my private experience of what was originally invisible.” (Sára Zagyvai)

“Majuli is the world’s largest river island, situated on the majestic Brahmaputra River, which flows through Assam, a state in northeast India. For centuries, the island’s history and the identity of its people have been shaped by the pulsating, sometimes overflowing presence of the river’s enormous tides, which has formed their territories and fate alike. In 2020, I began to observe the sensitive, impulsive yet unprotected relationship of the island’s floodplain communities with nature.” (András Zoltai)

Have a look at the other selections from the Pécsi József Photography Grant as well!