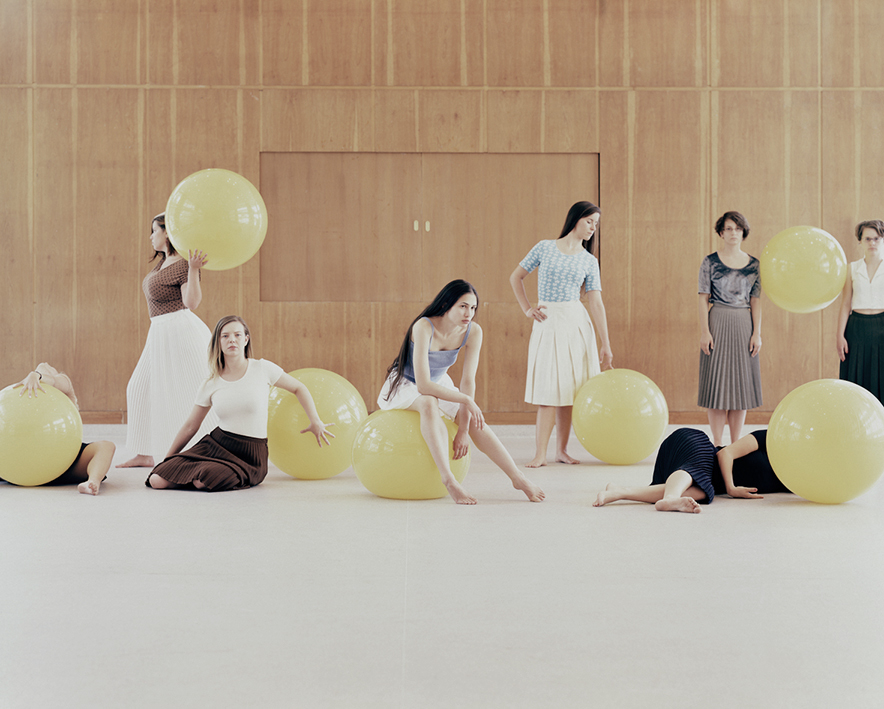 In our series, in a thematic selection, we show artworks, which were made with the support of the Pécsi József Photography Grant. The fifth subject is the representations of women and femininity through the photos of Luca Gőbölyös, Sári Ember, Katalin Illés, and Ilka Guba.

Contrary to the traditional representation of the female body in art, the idealized nude, these works are concerned with aging, the passage of time, and death. My recent works are photos of nudes printed on foil, cast into plexiglass, and layered on each other. They focus on issues of transparency, and also on the permeability, vulnerability, and fluidity of the borders of sexual and gender identity. (Luca Gőbölyös, 2002)

“The portraits and stills in Sári Ember’s Mormaço series were taken in her birth city, Sao Paulo, Brazil. The images of the series exploring the symbols of fertility and conception carry the dual qualities of being hidden and exposed, the elusive borders between reality and spirituality. In the scenes resembling Paradise, the gazes are both gentle and gracious, while being firm and strong.” (Judit Gellér, 2016)

“The characters of the Sleeping muse series, Negar (Iran), Jeanne (Malaysia), and Hadey (Nigeria), have been living in Hungary for several years. They did not arrive as refugees. All three of them attended tertiary education courses in Budapest, where they work presently. If an artist wanted to paint something exotic in the 19th century, he or she had to journey overseas; today, foreigners can become muses anywhere in the world. The Sleeping Muse is not only to recall a fashioned head, as with Brâncuși’s famous work, but the characters appear in full figure. The tight space is filled with nuances of movements. This storyless polaroid series, which also documents recurrences, is a collection of the empty moments multiplied in a transitional existential state, and the allusions to the past/future reflected in them. Where are you when I see you with my eyes closed?” (Ilka Guba, 2019)

“The purpose of the Pécsi József Photography Grant founded in 1991 was to ‘help to start the career, creative work, and development of talented photographers working as independent artists, and to provide them with beneficial conditions for creating high standard artworks, which are modern both in terms of form and content.’ […] An important element of the scholarship is that the artists selected by the jury present their series in a physical form. The most important aim of the archive to be compiled for the 25th anniversary of the Pécsi József Photography Grant is to make up for a deficiency of these two and a half decades: to present the works of art created in this period in a digital form, to make them accessible, visible and researchable. For the sake of completeness and accuracy, the archive is edited and updated continuously, and the descriptions of the series are published in English language as well.” (Judit Gellér, curator, the operator of the archive)

On the 25th anniversary of the grant, in 2016, the Robert Capa Contemporary Photography Center organized the exhibition Pécsi 25, showcasing the works of previous grant recipients. Related to the exhibition, studies written by Judit Gellér, Attila Horányi, József Mélyi, Monika Perenyei, and Miklós Zsámboki were published. The book is available at Capa Center.

Have a look at the other selections from the Pécsi József Photography Grant as well!