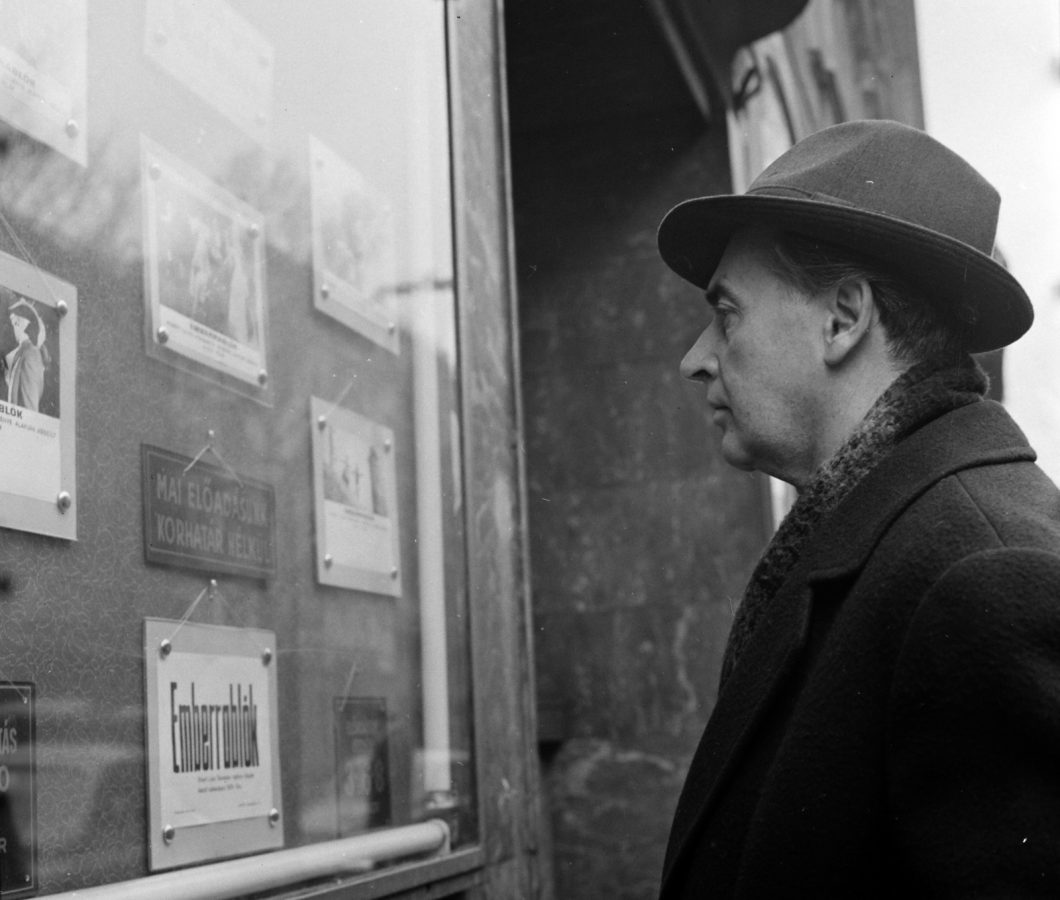 The VITRIN is Capa Center’s mini street gallery designed to host exhibitions dealing with the connections and borderlands of photography and film. Reminiscent of former glass cabinets showcasing the movie program, the VITRIN offers passers-by a compact cultural experience in the form of small-scale vision boards comprising photographs of cinematographers, portraits of irresistible actors, behind-the-scenes frames of legendary films, and stories of inveterate cinema aficionados. At the same time, it is to prove that photography is not only an independent art form closely related to film, but also the number one tool for documenting our everyday life and cultural heritage, inextricably fused with cinema.

“In the erstwhile cafés of the Pest part of the city,
amidst racketeers and panhandlers, a big spirit flaring up;
truant-playing cinegoblin becoming a poet and a general,”
Ottó Orbán, Ode to Iván Mándy By Pindar and Co. (1992)

Not long ago, whenever you wanted to know what was on in the movies, you had to interrupt your promenade to look through the glass cabinets on the theater fronts, staring at the stills picked out of the motion pictures on show. In this photograph, writer Iván Mándy is just doing that – he is looking at some so-called bulletin photos inside a glazed notice board. His works and interviews reveal that he loved cinematography with passion; his entire literary work was influenced by this attachment he formed as a kid in “appealingly threadbare niche theaters that smelled like cheese.” He was born in 1918, hence spent his childhood in the golden age of motion picture. In the twenties, the number of movies in Budapest was close to one hundred, and since television was not a thing yet, the flicks were the most common and popular form of recreation. In his books The Cinema of the Good Old Days and Zsámboky’s Cinema, Mándy portrayed this period with almost encyclopedic authenticity, expressively presenting the vast significance of film in the age and its huge but today hardly appraisable impact on people and urban everyday life. The photo was taken right here, in front of the Ernst Palace at 8 Nagymező Street – Mándy is viewing the display case of the Tivoli Photoplay Palace (later called Tinódi Movie Theater), opened in 1912, to see what’s on.