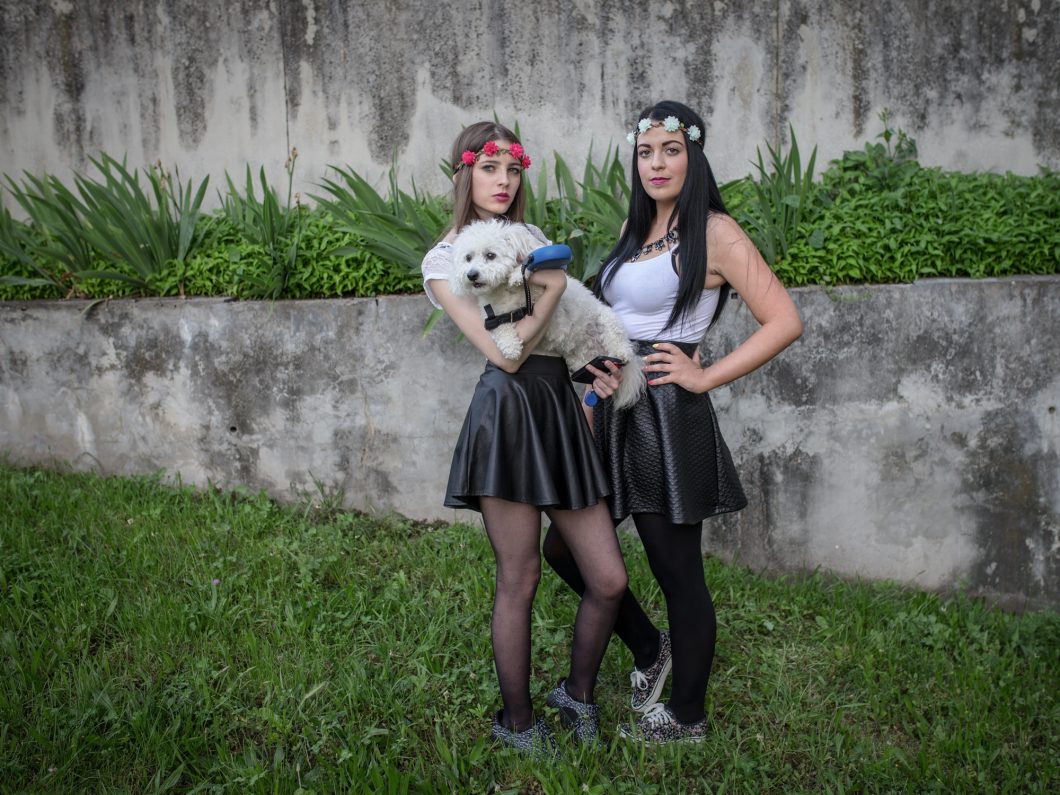 Pictorial 10 features images of thirteen photographers, former and active members of the Pictorial Collective – we are now featuring the series of the exhibition, that can be viewed in full at the Capa Center.

“The Pictorial Collective has been running for eleven years now, with a sometimes changing but always cohesive community of members. The three founders, Róbert László Bácsi, Simon Móricz-Sabján and Bernadett Szabó, aimed to create a photographic community where members could work independently, yet inspire each other, generating a continuous dialogue not only about their own work, but also about the theoretical and practical issues of modern photojournalism.” (Gabriella Csizek and Katalin Kopin, curators)

“We, members of Pictorial believe that photographers are witnesses and messengers. It’s important for us to show everyday situations and different problems with unique vision and perspective. Each of us tries to show the preferred topics based on our own feelings and impressions, among very different social and geographical surroundings.” (Pictorial Collective)

“Most people live in big cities, their daily lives are all work and rush. Most depend on accumulating material wealth, living in an endless cycle while yearning for harmony. Others, more and more people, endeavor to exist in the greatest possible harmony with nature while leaving the smallest possible ecological footprint. In 2016, I started photographing a family living in the Balaton Uplands of Hungary, in a small house where there is no running water and electricity is provided by solar panels. It is often not easy to get the essentials for everyday life, but they wouldn’t change this for the world, because for them freedom is the most important thing.” (Róbert László Bácsi)

“In Hungary, anyone over the age of twenty-five can compete in a masters swimming competition. However, in practice, the participants tend to be elderly people, which indicates that it is never too late to change our lifestyle and take action for your health. Masters swimmers feel better, more satisfied, and their problems disappear during the swim. (Katalin Darnay)

“Madridi Street in the Angyalföld district of Budapest is where the Hungarian Red Cross homeless shelter is situated, providing comprehensive services to those in need. The center provides temporary accommodation, day and night shelters, mental health and social care, as well as street services for homeless people living in public areas of District 13. The Hungarian Red Cross runs a rehabilitation program at the shelter, where homeless people who are accepted into the program are offered accommodation, care, training, and a chance to start afresh.”

“In 2013, András D. Hajdú was given the opportunity to work for months on his multimedia series about prostitutes from Nyírség, a region in northeastern Hungary, with the participation of journalists Barbara Vincze and Yvonne Staat, thanks to the support of the Robert Bosch Foundation. András D. Hajdú’s aim was to portray the vicious circle that traps people in the area from the perspective of one prostitute he selected. The multimedia film follows Ildikó’s daily life with her family and her trip to Switzerland.” (András D. Hajdú)

“For months in 2014, protesters against the Ukrainian authorities lived through the icy winter in Kyiv’s Maidan Nezalezhnosti, or “Independence Square.” People from many parts of the country, including representatives of minorities in Ukraine and volunteers, came to fight for an important cause. […] Practically, a small village of several thousand inhabitants emerged in the main square of Kyiv, Maidan Nezalezhnosti (or “the Maidan”), with people living in tents for several months. This ‘village’ was incredibly well organized and orderly; people looked out for each other, and they were connected by a sense of confidence in the future.” (Bálint Hirling)

“Most of the pools that had been built in many villages and small towns a few decades ago are no longer in use, partly due to the lack of money and partly because they do not meet EU standards. These pools left behind in small villages continue to exist as a memento of the past, while nature is slowly reclaiming them.” (Dénes Mártonfai)

“It was the end of November. There were no tourists there at the time, and the Icelanders had already withdrawn, so I didn’t want to disturb them; I just recorded the view, the permanent and fleeting moments I observed as an outsider. Thus was this somewhat cinematic series of images created, which could be described by words borrowed from Ady: ‘Iceberg, enigma, strange and timeless’.” (Balázs Mohai)

“One of the architectural features of Tapolca, the Y-houses are a typical example of rural communities. Between 1972 and 1986, nine of the once-legendary miners’ houses were built on the outskirts of the town. Each of them accommodated 100 apartments. The buildings, often both praised and criticized, provided a new impulse to the city of Tapolca in the 1970s. By today, this momentum has faded, and the once modern district became greyer, with the renovation costs of the houses often presenting the condominium with impossible challenges. However, communities have remained strong, with a significant number of residents living in the houses of the former bauxite mine since the handover.” (Simon Móricz-Sabján)

“Pilgrimage is a retreat from everyday life, from our home environment, where everything reminds us of our chores and jobs. It is one of the most ancient forms of penance and devotion in the Catholic faith. Once a purely religious tradition, it has now become a colorful bustle, a fair and fun-filled experience where the sacred mixes with the profane. This series of photographs captures this often contradictory, vanishing, traditional, yet constantly renewing scene. The series, which has been expanding for three years, was made possible with the support of the Art Scholarship Program of the Hungarian Academy of Arts.” (Zsófia Pályi)

“Dozens of churches for religious minorities and even historic churches provide pastoral care for the Roma, they have a special Roma mission, converting people in poverty, for whom faith is often the only ray of hope worth making attempts at seeking employment for the umpteenth time, which makes them trust that things will get better the next day. It was surprising to see that there is almost no settlement in Eastern Hungary where there is no Christian congregation, almost no weekend where there is no baptism somewhere. In Hungary today, the latest research estimates the number of Roma attending various New Protestant congregations or mission groups at 20,000.” (Ákos Stiller)

“One thing is for sure: I need photography. It doesn’t matter whether I take a photo for a commission or for personal reasons. Initially, I saw a huge contrast between photos I took for work and for Instagram. At first, it was like two different people had taken them, but by now that feeling has gone. They both come from me, and neither is lying. After all, photography never lies. At least, not about its creator. It cannot. We are there in every exposed frame.” (Bernadett Szabó)

Ádám Urbán: Behind the Curtain

“Penetrable scenes — this could also be a fitting title for Ádám Urbán’s photo series, which offers a whole new perspective on the institution of the circus and circus arts in general. One of the most exciting features of the series is its diversity, which opens the door to various interpretations and readings, nudging the audience to move outside conventional ways of receiving impressions. […] This diversity of the events taking place in a circus, this unparalleled richness of the circus world makes the photo series truly marvelous, and, beyond the aesthetic value of the images it contains, it also constitutes priceless documentation.” (Tamás Szerényi)

“Ottó Szép is a shepherd in a small Transylvanian village called Ocna de Jos. Every spring, Ottó moves out with his parents and siblings to an ‘esztena’ (a sheepfold; temporary accommodation) built on one of the mountains around the village. They are there until the winter with the hundreds of sheep and goat they have been entrusted with by the village. Ottó grew into this. He used to walk down to the school, almost ten kilometers away, every day and hurried back after school to help with the day’s tasks. Although he has spent his whole life with animals, he plans to give up shepherding. In the future, he would like to keep horses and work the land.” (László Végh)

The exhibition titled Pictorial 10 – Selection from the first ten years of Pictorial Collective is on view until September 19, 2021 at Capa Center.