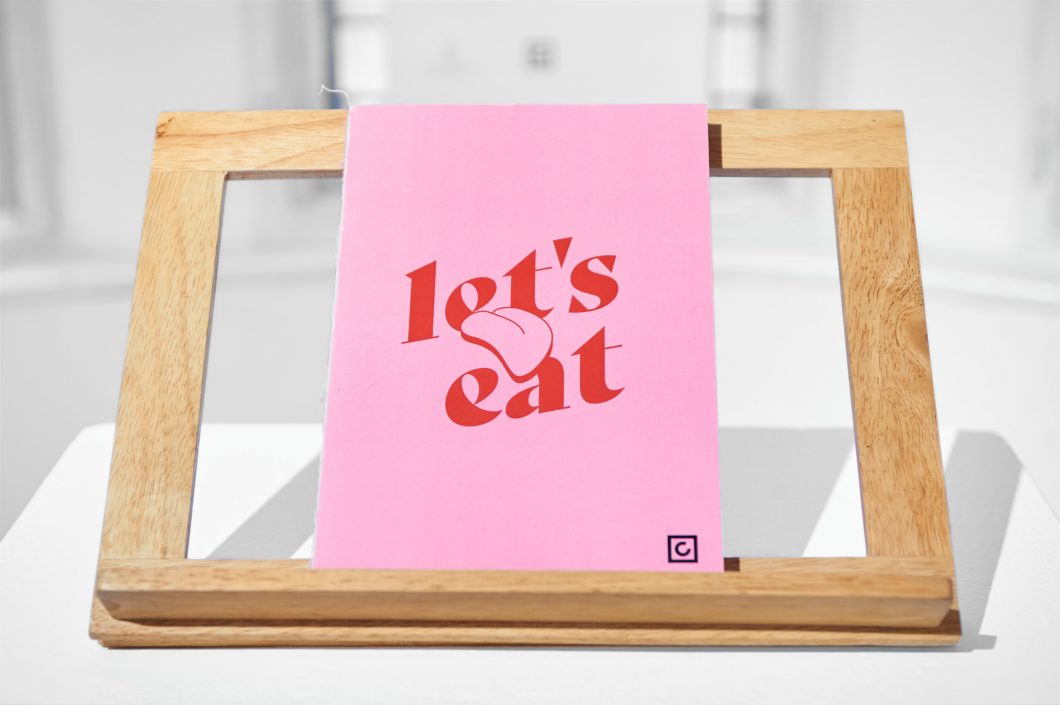 Focusing on tasting and eating in a photography workshop is an unusual challenge that could be interpreted as an attempt at reconciling multiple distant sensory modalities. Capturing and examining these multisensory impressions was an important feature of the CAPAZINE – LET’S EAT workshop.

Máté Wágner participated on the CAPAZINE – LET’S EAT workshop as a writer. His essay called Show us What You Eat and We’ll Capture Who You Are he reflects on the works made during the workshop.

Food has always been more than just a portion of nutrients – it is a habit, a culture, a way of life, and a means of forming identities and communities. According to Roland Barthes, food is a system of communication that, in addition to satisfying our basic needs, can be reinterpreted almost indefinitely due to its symbolic nature. Let us take literature as an example: fictional characters need not eat to stay alive, they do nevertheless. They eat because food is a vivid means of expression. There is a short story by István Örkény in which a poor man gets dazed by the thought of abundance, while another defining motive of his character is hunger. What and in what quality and quantity one eats is as much a part of their identity as their way of speaking, clothing, behavior, and economic status. Apropos the latter, a research conducted by Paul Felix Lazarsfeld showed that the predilection for certain kinds of flavors can be linked to the social status of the study group – for example, while lower-income people preferred sweet flavor chocolates in the survey, their more affluent peers liked the bitter ones. And taste can be educated, primarily by being exposed to new people from other cultures and getting to know their cuisines. The development of taste culminates in the process of cooking, where people are granted freedom to break away from conventions and rules and express themselves through their genuine fashions of preparation. The artists of the CAPAZINE – LET’S EAT workshop seized this diversity – the multifarious opportunities of communication with food.

I’m full just looking at it – there is a reason people use this phrase so often, because a latent image of the taste is immediately evoked when one casts an eye over any snack. Zsuzsi Matók’s and Oxána Sztrelahet’s photo series Gusto sought to trigger these taste experiences by visual instruments only. While experimenting with how these taste images form and what might affect them, centering on salty, sour, sweet, and bitter flavors, the artists created four groups of pictures, arranging the images around the basic flavors and connecting them to other senses. It is a general experience that people tend to imagine pink foods to be sweet, and they are deeply influenced in their guesses about the taste by different shapes and textures. The artists of Gusto appropriated and then used these hidden visual manipulation techniques – a common toolkit in the advertising industry – to influence the observer by artificially evoking different basic flavors in their mind with the help of colors, images, and shapes.

In addition to sight, prior experiences and memories also affect the mental construction of the taste of the food. The starting point of the organic fruits_industrial shapes project by Eszter Ágnes Szabó and Ági Vedres was a research they conducted on the history of the Hungarian-made chocolate- coated bulk product – Melódia. The packagings captured in the photos once hid chocolate-covered, hazelnut cream-layered wafers which were “picked up individually, by gloved hands, from the mechanized production line,” recall the product development engineers of the Szerencsi Chocolate Factory, László Mászler and Endre Ilauszky with whom the artists made interviews for the project. These two lengthy conversations gave an exciting new direction to the Melódia study, reorienting it towards the general phenomenon of flavors hidden in creamy chocolates and filled candies produced with Hungary-developed special technologies. Although the contents of the packagings change over time, the molds for fruity bonbons and bar chocolates, and the wrappings cladding the sweets of so many tastes preserve their history and memory.

The subjective documentary photo series of Márton K. Takács and Bianka Rostás also focuses on a dish that everyone has personal memories of – the breaded schnitzel. In the course of the project, they visited various restaurants across Budapest to trace down the endless variations in terms of shape and taste of this humble food. During their visits, they took photos and conducted interviews with the chefs and one of their grandmothers to get closer to the secret of making the perfect schnitzel. Although the answers were very divergent in terms of the amount of meat and oil, the ingredients of the breadcrumbs, the frying temperature, and the appropriate garnishes, yet they all led to the same general conclusion: so many houses, so many customs.

The sausage and its cultural connotations were the basis of the work of Emese Sándor and Zsuzsanna Simon. Meat can be seen as a symbol of abundance and existential security; however, its consumption is becoming a target of increasing criticism, mainly because of its ecological consequences. Typically associated with meat eating, the patriarchal tradition gets reinterpreted in the photo series through the phallic shape of the sausage. The display of the sausage as a symbol of masculinity in cheerful unusual constellations is an ironic response to the objectification of the female body in visual culture. The artists play around the Hungarian proverb “even the fences are made of sausages”6 with the wallpaper patterns created within their project entitled Only those despise sausages who don’t have one and concomitantly reinterpret the picture of almost revulsive abundance.

The theme of abundance equally appears in the Marigold project by visual and performance artist Andrea Fajgerné Dudás, photographer Enikő Hodosy, and food stylist Zsuzsi Matók. Surrounded by industrially processed meats like bologna and cheese-like products besides the characteristic elements of vanitas-fashioned still lifes, the plump female body covered in gold evokes the story of King Midas. Turning into gold is a bliss and a curse at the same time – although eating and nurturing children become impossible, the perishable flesh and blood of Marigold transform, releasing her from her expected gender role in society and changing her into a highly valuable treasure. A central element of Marigold is an apple with bite marks recalling the biblical moment of the Fall. The series refers both to the insatiable hoarding nature of consumer society and, by the blue background symbolizing the Pactolus River – which according to legend freed the king from his curse, – to the possibility of change.

But even carefree overconsumption can be disrupted by an unexpected slip, like when you drop the ice cream, scatter a bag of nuts or flip over a tray with fries which no one reaches for, within five seconds at least. The creators of The Five-Second Rule project, Olga Kocsi and Eszter Ágnes Szabó envision a patron saint hovering over the fallen bites in their photo series. Irma5Second appears where and whenever delicacies hit the ground. A piece of fallen food can mean a range of things: it can be a symbol of an unconsumed meal, and a loss of values, but on the other hand, it can illustrate humankind’s tendency to waste. Even though there is no scientific evidence for the ominous five-second rule, people insist on it adamantly, seriously considering consuming fallen bites, thereby confirming their own belief in the possibility of saving food.

Meals also function as communal experiences. They are rituals in which we share intimate moments with each other, be it a family lunch or a brunch with friends. The multimedia project of András Ladocsi, Balázs Máté, and Dorottya Vékony entitled Ménage à trois studied the sensuality of these intimate moments and the possibilities for sharing such sensual experiences. In their video work, they documented their ritualistic consumption of a chicken soup in a Sunday lunch together, with a single spoon they all shared. As they sought to abandon speech altogether, nonverbal communication deepened their attention to each other and to the food. Due to their memories of previous Sunday lunches, all three of them had the same things in mind: caring, intimacy, and community. This is yet another example to the fact that understanding can not only happen at the level of words and actions, people connect far more mysteriously to each other through shared memories and gazes. In addition to the video, the artists made photographic associations that captured their impressions of the same food, but this time under their individual experiences. The intimate and erotic representation of food goes back a long way, but its heyday came by the rise of commercials, its exaggerated version being marked by one of the most up-to-date concepts today – food porn.

The artworks produced at the CAPAZINE – LET’S EAT workshop prove that the visual representation of food is such an extremely complex cultural phenomenon as food itself. Food representations serve different functions according to the spirit of the age. The depiction of hunting and the sensual pleasures of the meal were replaced by classic still lifes revealing the evanescence of worldly goods with the symbolism of decaying fruit. Photography and film, while enabling realistic documentation, give an opportunity to demonstrate the characteristics of food which unveil its cultural embeddedness and identity-forming power. But in today’s visual environment food nonetheless appears as a sensual appetite-raising object most often, whether featured in commercial photos or on various digital platforms. The photographer, artist, and food stylist participants of the CAPAZINE – LET’S EAT workshop examined eating in its complexity, highlighting it as one of the most popular themes of object photography, as an element of cultural memory, as a biblical symbol, and as a form of communication.

The CAPAZINE – LET’S EAT exhibition was on view between October 01 and 16, 2021 at Capa Center – Project Room.