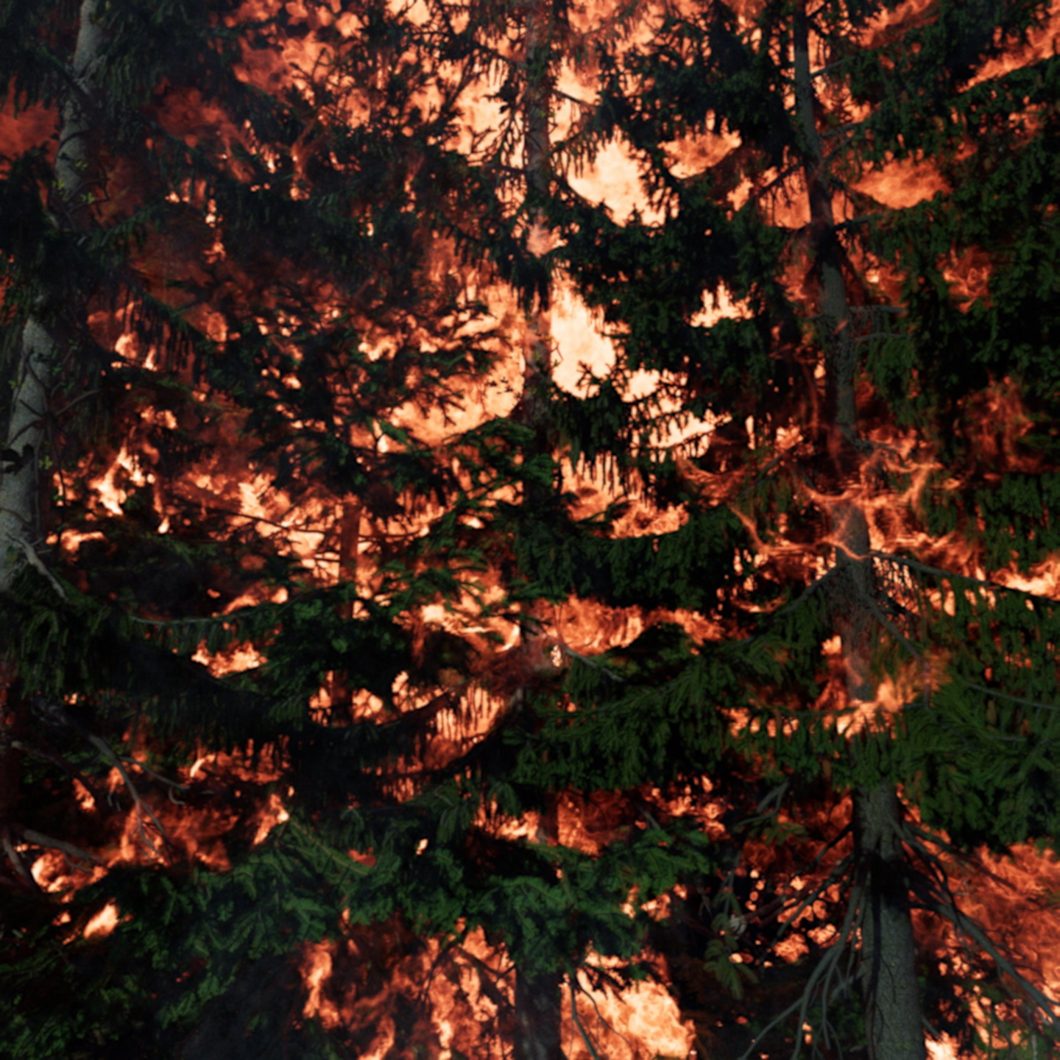 „The word ANTICAMERA condenses the disturbing idea that today we are constantly documenting our lives with smartphones and digital cameras, we may have almost completely forgotten how we once perceived reality back when it was not yet so easy to capture the mundane events of our lives.
In the oeuvres of David Claerbout and Gábor Ősz, images are not secondary means of expression in need of – or illustrating – textual explanations but constitute a medium of theoretical exchange; the artists communicate through images about what pictures and photography are in their understanding.” (Zsolt Petrányi and Emese Mucsi, curators)

David Claerbout (b. 1969) was trained as a painter but became more and more interested in time through investigations in the nature of photography and film. While his works depict mundane actions and events, his main subject matter is the passage of time and the complex relationship between reality and illusion. He refers to today’s photographs as “mechanical images” because they require no specialized skills other than the push of a button. In his view, photography has lost the magical character that had been attributed to it for much of the last 160 years, and the intimate relationship between the creator and the subject of the photographic image has also come to an end. These days, this earlier – one might say: genuine – concept of photography is mostly kept alive by those who, at some level and in certain ways, exercise power over us viewers and want to control how we see the world. In this sense, the world of the “anticamera” is the one that lies beyond the field of vision of the photographic apparatus; it is the world of truth in which things exist in their own right and not in the service of some propaganda – as do the photos in the media disseminating ideas rather than real information. It is this very dilemma that Claerbout’s works on display in this exhibition seek to expose and impose.

Gábor Ősz (b. 1962) has taken a similar journey – starting out from investigating problems in painting, he ventured into the field of picture theory extending to include the questions of the technical image. In his works, which explore fundamental artistic problems, he has always been concerned with the relationship between the image, its medium, and wall it appears on as well as the exhibition space it is exposed in as a whole. In his works delving into the inherent laws of black-and-white photography, color images, and projections, he explores the boundaries of photography. His themes emerge at the intersections of visual representations, politics, history, built environments, and related the material artifacts. For him, the “anticamera” – possibly in the sense of camera-less photography – is a philosophical point of departure inviting to reflect on the photography of the future. In his search for capturing light, time, and space in novel, objective ways, he tinkers up large-scale, image-taking and generating devices whose principles of operation diverge from those of conventional cameras and projectors. The camera obscura and other special contraptions Ősz builds are core elements in the making of his moving and still images and installations, which allow us to better understand the physical phenomena of the visible world with the help of critical analysis rather than through the semblances of the imagery that today’s consumer devices offer.

* Coined by the artist Ákos Birkás (1941–2018), the term “anticamera” first appeared in his reflections published in the catalog of the third iteration of the exhibition entitled Dokumentum back in 1981. The short article was a key source of inspiration during the initial phase of planning the ANTICAMERA exhibition.

The ANTICAMERA – An exhibition of David Claerbout and Ősz Gábor is on view until April 03, 2022 at Capa Center.