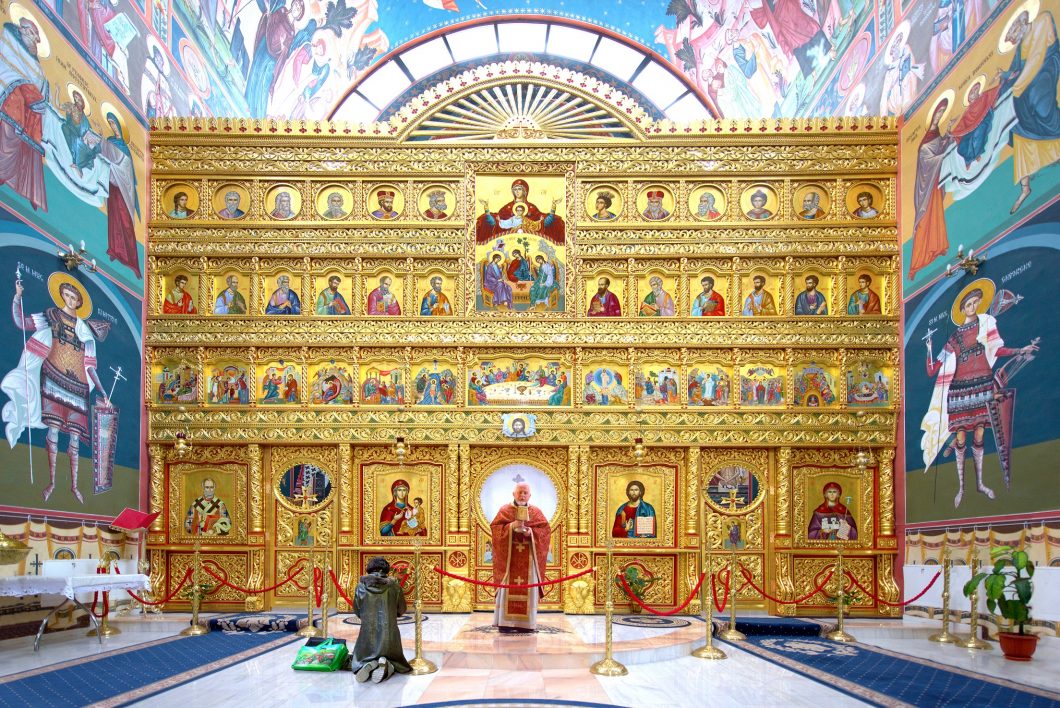 Since the regime change more than 7000 Orthodox churches were built in Romania, and more than 1000 are still under construction nowadays. This means that in the last thirty years every second day an Orthodox church was inaugurated in Romania.
After the First World War, the size of the Romanian territory multiplied. Many provinces with different cultural, historical, and national backgrounds merged.
During the communist regime, the state’s tool for strengthening the national identity and unifying the socio-cultural layers was mainly education. Since the regime change the new resource of the state is religion, more concretely the Romanian Orthodox Church.
Is the spiritual power of the Romanian Orthodox Church really in a process of recruitment or rather it is an artificial and – thanks to the Romanian State – centrally supported ideological and economical positioning?

The jury appreciated the work of András Hajdú D., fellowship-winner of the Capa Grand Prize Hungary 2019 as well.

Ildi Hermann, the other fellow-winner of the Capa Grand Prize Hungary 2019 died in January 2019 with tragic suddenness. Her death is a great loss for the Hungarian photographer society.

The Capa Grand Prize Hungary 2019 exhibition is on view until November 04 (free admission):