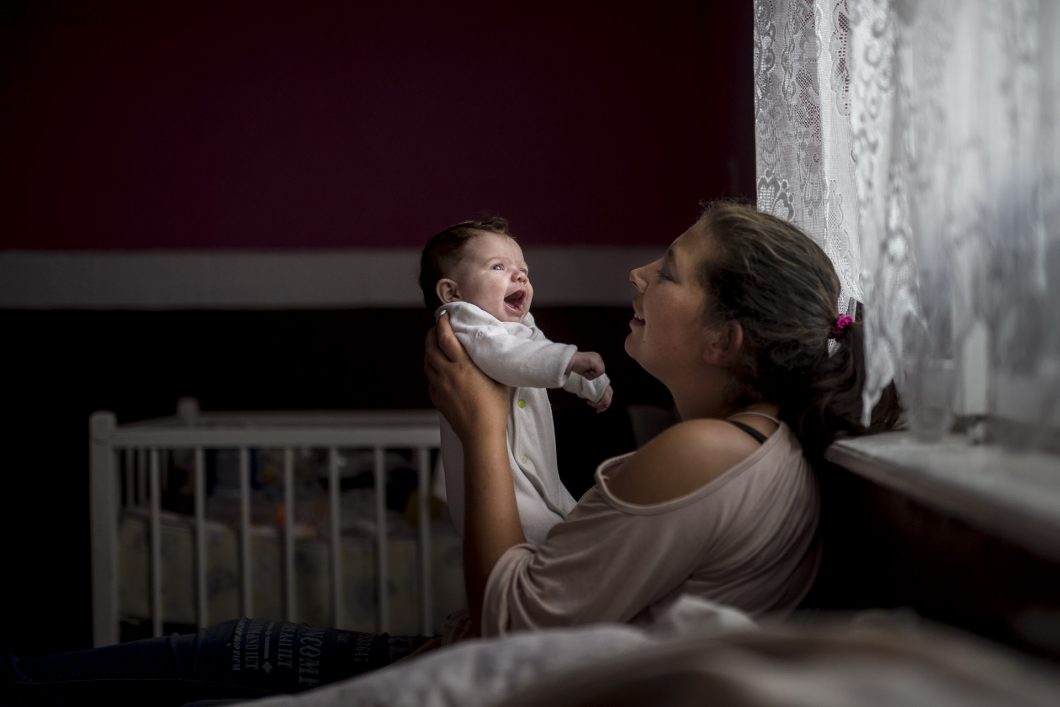 András Hajdú D. was the fellowship-winner of the Capa Grand Prize Hungary 2019.

My original idea four years ago was to follow the life of a child, all the way from birth until she becomes an adult, and through her growing up to attempt to interpret the situation of Hungary’s Gypsy people by presenting their everyday lives from the inside, showing the processes behind the decisions they make, their opportunities.
Szofi’s life story can be followed in the main series of pictures arranged chronologically. I had, however, a revelation I did not initially plan to show, and which only really unfolded during the years spent with the family: the relatives, the neighbours, the village, the life of the greater community, with its branching stories echoing each other… motifs which have rolled long for decades, sometimes for centuries.
Szofi’s life cannot be understood without her roots. Her life so far is intertwined with that of her community: their traditions, their inherited life strategies, the monotony of their lives drifting in the rhythm of centuries, the fragmentation, timelessness and eventuality of the material culture surrounding them, its incoherence and impulsiveness hardly acceptable to this world. In order for us to understand the original visual family story seen through the life of Szofi, we have to get a sense of the milieu, the faces and the destinies surrounding the Bordács family, to unravel the patterns in which the parents and grandparents socialised, and which provide the basis for Szofi’s growing up too. Are blond hair and blue eyes enough to tackle destiny?
I introduce these branches in two sections, grouped around various topics. In the upper row are pictures of the life of men, in the lower part that of the women: as a reflection of centuries of super- and subordination.
Every picture has its own story, and these stories are often grievous: they are about a sick child, squalid daily life, counting the pennies, poverty. What opportunities, what prospects do these life situations offer? Do they offer any at all? It seems as if time has stopped in this landscape. Some of the photos evoke my childhood spent in the county: that world has not changed a jot for thirty years, only the grandmother taking photos with her mobile on the bank of the River Tisza points to the three decades that have passed since then. The collapsing houses, the tired community service workers from the street, the portrait of the woman carrying water from the same well for fifty years – it is as if these pictures trace out Beckett’s motto at their points of intersection:

“All of old. Nothing else ever. Ever tried. Ever failed. No matter. Try again. Fail again. Fail better.” (Samuel Beckett: Worstward Ho)

The Winner of the Capa Grand Prize Hungary 2019: Antal Bánhegyesy

Ildi Hermann, who was also fellow-winner of the Capa Grand Prize Hungary 2019 died in January 2019 with tragic suddenness. Her death is a great loss for the Hungarian photographer society.

The Capa Grand Prize Hungary 2019 exhibition is on view until November 04 (free admission):